Not a bad trade for the Angels 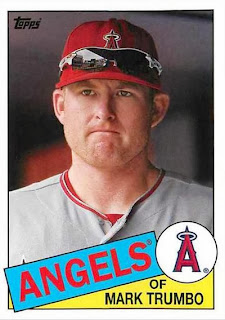 The Angels sent off Mark Trumbo in a three-way trade with the Arizona Diamondbacks and the Chicago White Sox - the Angels are going to miss Mark Trumbo's tremendous pop but not his streakiness with the bat.

There is a chance that Trumbo still has the ability to improve as a hitter - but the Angels were able to get a pitching prospect [though one that was originally in their system] and a serviceable pitcher for a guy whose power is constantly negated by the holes in his swing.

C.J. Cron is just about ready at 24 to figure into the Angels plans next season - the irony is he maybe a Trumbo clone who had a down year in AA in 2013, but the Angels should see what he can do at the MLB level sooner than never.

Speaking as strictly as a fan, I'm not going to miss Trumbo's occasional douchiness despite being a fan favorite - he's actually done the usual things normal ballplayers would do countless number of times such as signing autographs, taking pictures, make appearances at public events, making appearances on behalf of the team, et al.

Maybe he was just was never a warm and fuzzy guy and at times - he'd let you know in no uncertain terms that he'd rather be doing something else than signing another autograph. 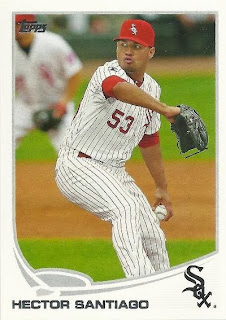 Hector Santiago has actually been pretty good over the past two years as both a reliever and starting pitcher - he maybe the key that wins this trade early for the Angels because should be able to help the MLB team next season.

Santiago needs to walk less guys and hopefully he stays healthy, which is always a concern for any pitcher - but maybe it matters more for a guy that wasn't considered a top prospect and has sort of come out of nowhere to enjoy relative MLB success. 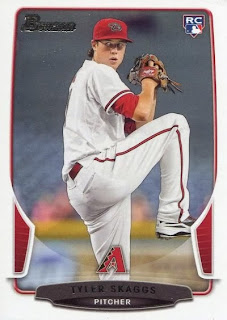 Tyler Skaggs hasn't been impressive in parts of two MLB seasons and he may not be better than a No. 3 starter - but he's young and gets to go back to the organization that drafted him 2009.
Posted by Laurens at 3:31 PM
Labels: Arizona Diamondbacks, Chicago White Sox, Hector Santiago, Los Angeles Angels, Mark Trumbo, pitching, trade, Tyler Skaggs

Santiago is a good pickup. He does need to work on his control, but can easily be a 3rd starter in a rotation.

I hate to see Trumbo go. But the reality is that the Angels had/have a gluttony of OF/1B/DH types. Moving them and getting something in return is necessary. Moving them can possibly get the team more athletic (badly needed), but the key is the pieces coming back. Can they contribute?