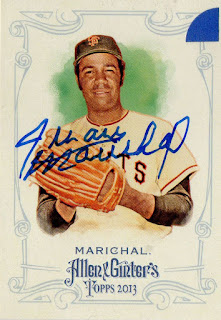 Marichal signed my two cards in blue Sharpie - I worried I’d have to wait for this one, especially when I enclosed $20, but it only took about a couple of weeks for a successful response. 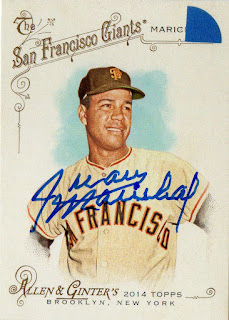 I’ve had successes trickle in from requests I’ve made in January and maybe TTM is a thing again - maybe getting a Marichal motivates me to try my luck with some of the guys that require a small fee to sign cards [without going through an 'official' middle-man of sorts]. 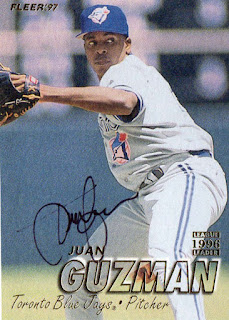 Guzman signed my cards [1997 Fleer pictured] in about two weeks - he had a good debut run back in 1991 and I remember his rookies released the following season meant something for a little bit as he looked like a star in the making.

While his final career tally doesn't look so bad, the former Toronto Blue Jays star never was able to replicate his early successes - due to a number of reasons, the middle of his career was up-and-down as he turned into 'just a guy.'

I was one of those collectors who chased Guzman rookie cards back in the early 90's. I thought he was going to be a superstar. Oh well... it's nice to know he still signs for the fans. I might have to give him a shot.