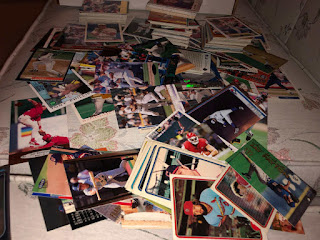 My buddy took me to a card show and the last time I was there was when Albert Pujols hit his first Angels home run in 2012 - I also remember looking at a showcase that afternoon where I saw a BGS 9.5 2009 Bowman Sterling Mike Trout autograph for $100; I wouldn't have $100 to spend at any one time, but I'll wait and see if the hype falls down to earth; Trout is going to be a good player, a great player for the Angels but even the top prospects are going to be up-and-down; Harper is still the guy that is going to be a once in a generation superstar. The place has never been anything big time, but I was glad it’s still around with 5-10 dedicated tables and some curious foot traffic - I didn't actually get to walk around much, but when I first tagged along with my friend to make trips there starting in the mid 2000s, the atmosphere was like a morgue. 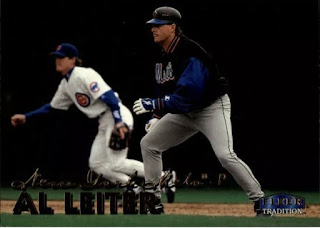 Not knowing where to start, I immersed in working through the six or seven 5,000 count monster boxes from a familiar seller - I don't know if I ever bought anything from his booth, which has been set up for the longest time, but back in the day, maybe my mindset was to find loose cards I'd try to get inked up in-person or through the mail, but no junk wax era drivel.

With the emphasis on mini-collection adds however - I'm more game about trying to see if I can round up a good number of cards for cheap [maybe 25 for $1], particularly cards I wouldn't look to buy online outright. 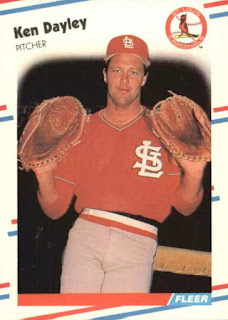 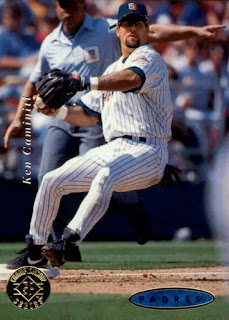 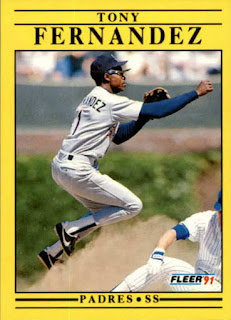 I obviously couldn’t go through the boxes card-by-card, but I still tried to add many cards that caught my eye - I worry about going nuts over cards, because I don't want to overvalue cards that are virtually commons. 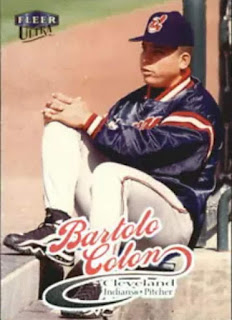 Maybe in-person is where I give myself license to freelance within reason, where I shouldn't worry about being picky - I probably wouldn’t remember the cards I pass up if I didn’t set them aside as a probable pick up; I needed to live a little, be daring in snapping up those collecting topics subset cards with some sort of quality that wasn’t obvious i.e. maybe what makes the card unique is an image on the back or the card features a player who I've never heard of. 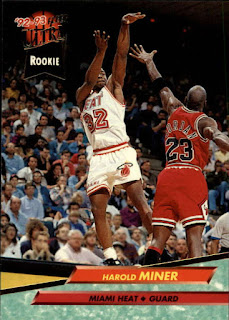 Dig the Vina/Salmon card. I'll have to look for one of those for my Salmon PC since he's so prominently in the photo.