Signed at the draft deadline 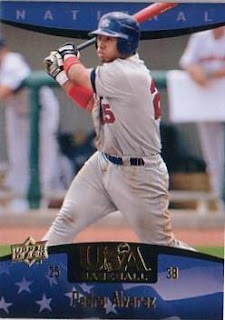 Pedro Alvarez - No. 2 overall pick of the Pittsburgh Pirates 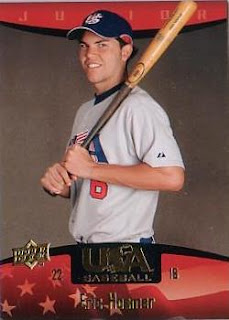 Eric Hosmer - No.3 overall pick by the Kansas City Royals 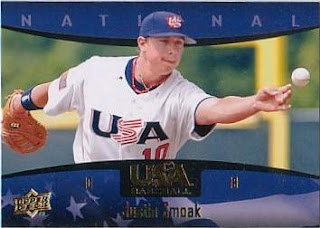 Justin Smoak - No. 11 overall pick by the Texas Rangers 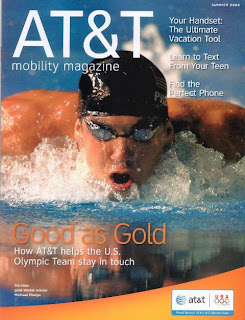 I'm looking to putting together a 20 pack surplus for APAD - like everyone else, I want to bust a variety of packs, but can't be too adventurous with my pack busting. I don't want to spend more than $20 on a group of 20 packs [from 1980-2008] and I realize if I want some of the cards themselves [from particular years], I can pick them up on their own.

I feel the cheapest of packs [how pathetic] have been searched in one form or the other, but something tells me don't trust old packs - all I want is a clean pack to bust, whether I'm paying a quarter a pack or more. I busted 1993 Fleer packs with all the cards off-centered and/or miscut. I busted a pack of 1987 Fleer with a couple of cards marked up. I used to buy jumbo packs of 1992 Bowman about 10 years ago and wondered why I didn't pull anything. I've see these random pack breaks from repack boxes and cringe that something like an 1988 Topps packs and 1989 Donruss packs has been searched otherwise.

Maybe I'll bust packs from my so-called favorite card sets from the 1990s, where packs were usually in foil - but is that of any guarantee particular packs aren't searched?

Maybe I'll scratch the bottom of the barrel and look for oddball [baseball] packs to bust - like pop-up cards, cards designed for a younger demographic
[1992 Topps Kids, 1993 UD Fun Pack], sticker cards [they would have to be regular trading card size though], 3D cards and other motion cards, though I don't want to get stuck with oddball cards that are bound to be useless.
Posted by Laurens at 6:20 PM No comments:
Labels: Caveats, cheaters, headaches, pack breaks, pack searchers

I'd like to pick up some cheap, unique oddball cards and inserts - but then can I pick up [and possibly blog about] that is still somewhat unique? Everyone else has done, the 'random stack of unique crap I found decaying in my closet' post. I want to do the same, but I feel like I've never had a surplus of unique [often discarded and after all these years, still worthless] cards.

Sampler runs - I've got an Upper Deck 'sampler set' I put together featuring a card from 1989-2008. I need to 'revamp' the Topps and Fleer/update Donruss versions of the 'sampler set' because I don't like the cards I pulled. Maybe I could do other sets i.e. modern Bowman [1989-2008?], Topps Heritage, et al.

6.) Lou Gehrig jersey or worn material card - Donruss Americana?
7.) Pick up 10 relic cards - the Joe Collector in me thinks there is still some meaning here, though I have to be picky or just get them for about $2. Maybe look for ones featuring retired, Hall of Fame players and 'swatch pieces' seemingly in-line with the uniforms the players wore as active players.
8.) Pick up 10-15 refractor type parallel cards - I love shiny cards and in some cases make a base card prettier.
Posted by Laurens at 5:53 PM No comments:
Labels: collecting, defining collection, Notes 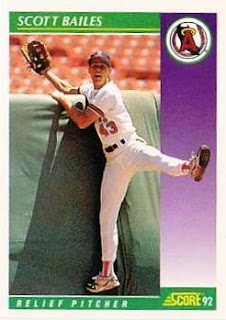 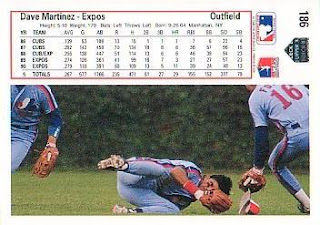 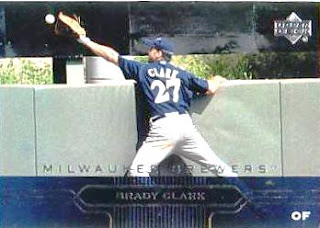 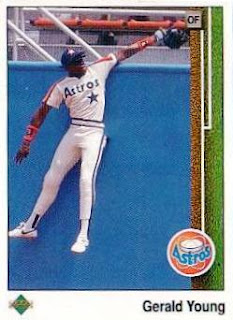 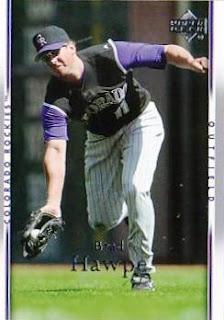 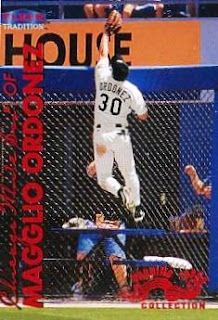 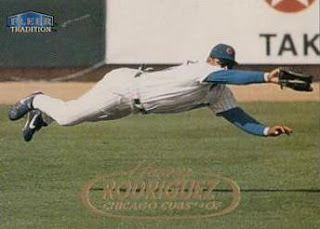 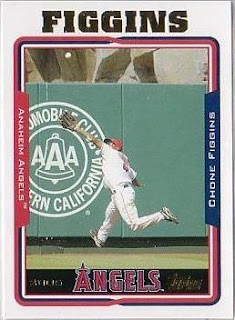 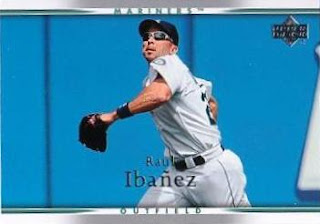 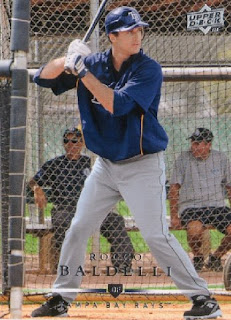 Featured player: Rocco Baldelli
2008 Upper Deck #667 - this was a card I forgot to list in my debut pack break on A Pack a Day.

For Baldelli, it has been a long road to get to where he is at this moment - Baldelli has been working his way back to the Major Leagues all season long [after being out with mitochondrial disorder] and he made his 2008 debut on Sunday, going 1-for-4 with an RBI in a 11-3 Tampa Bay Rays victory against the Seattle Mariners.

The 'feel-good' Rays of 2008 are hoping to reach new heights - while Baldelli [much like another elite outfield prospect who once played in the Tampa Bay organization] is just hoping to stay on the field wearing a Major League uniform after being out for a prolonged period of time. For Baldelli, what better time to join the ride, than now?
Posted by Laurens at 4:47 AM No comments:
Labels: comeback, Josh Hamilton, Rocco Baldelli, Tampa Bay Rays 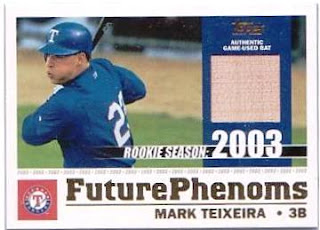 Fitting in just fine
Casey Kotchman's defense at first base was a thing of beauty - but new Angels' acquisition Mark Teixeira makes all the plays as well and there is something 'clean' about how he goes about his business at first.

Of course, Teixeira's calling card is his bat and from what I've seen - he's a guy who is a finished product. He takes professional at-bats, meaning he is looking to walk if he can't get something to hit. He is going to hit for power to all fields, whether it be a lefty or righty batter.

Something I'm going to watch [because I can and Teixeira will be Angel for at least the next two months or so] is his opposite field stroke from the right side - I think Teixeira probably has the best inside out swing as far as hitting the ball for power, though Derek Jeter is probably the best doing it on a daily basis.
Posted by Laurens at 3:36 AM No comments:
Labels: bandwagon, Los Angeles Angels, Mark Teixeira, professional
Newer Posts Older Posts Home
Subscribe to: Posts (Atom)