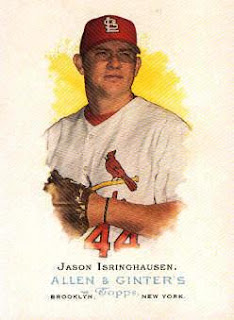 I want to say I remember a 'fond' memory of Jason Isringhausen - who has survived the cut and will likely be in the Angels bullpen on 2012 Opening Day.

When he was with the A's in the early 2000's, he was leaving the stadium - not that he was any sort of big star [then or now] that he'd avoid people intentionally, but he was probably about to make a clean get away, past people who were waiting for autographs and other fans after the game.

I spotted him and got his autograph - I don't know if I felt bad for him or thought it was funny, when he had to stop for about five or 10 minutes more than he had to, because he was ambushed by everyone else.
Posted by Laurens at 5:29 PM No comments:
Labels: 2006 Topps Allen and Ginter's, Jason Isringhausen, Los Angeles Angels, St. Louis Cardinals 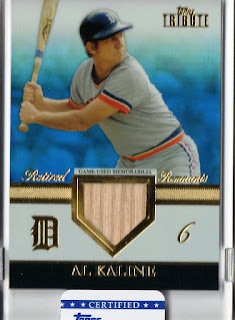 I hit the casino card shop I go to and while most of the time I'm the guy looking to make 'dinky' purchases out of the quarter box - I was looking to make see if the shop still had a certain baseball card product [2011 Playoff Contenders] and when the shop apparently didn't, I impulsively picked up a pack of 2012 Topps Tribute.

I could get all philosophical about me picking up this $50 pack - but it is what it is and in a 20 second pack rip, this is what I got.

#55 Derek Jeter#72 C.C. Sabathia#51 Joe Mauer#17 Duke Snider - parallel serial #'d 009/199; front is scratched up a little so I'll send this for a replacement.
#RR-AK Al Kaline - Retired Remants relic card serial #'d 50/50; I like the fact Kaline is a Hall of Fame legend, though I feel like the card is a glorified version of the one per blaster patch cards out of 2012 Topps. 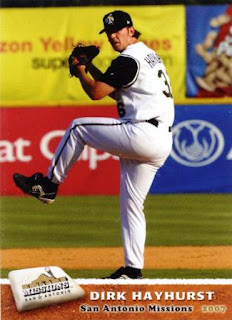 It was about a week ago I bought Out of My League by Dirk Hayhurst for $11.99 on iTunes - since I'm sort of a luddite, so I need to continue to use my ancient iPad [the very first one] on a regular basis, before I even start thinking of getting the latest version.

I used to read Hayhurst's minor league exploits in a Baseball America blog, though I didn't get his first book - I was excited at the idea of downloading an entire book as an impulse buy since I still had about $13 left in my account that I hadn't spent in about a year.

I want to say the parts where Hayhurst reaches the Major Leagues is where Out of My League starts picking up the pace - in the Major Leagues, Hayhurst is in charge of the beer bag [during travel days] and the candy bag during games.

It's more than a little fascinating reading about the entirety of what Hayhurst has to stock and care for in the bag – to keep for his bullpen mates.

He goes into detail about how the guys are able to get an edge with what's provided and I can see where he probably got some resistance from teammates - once they found out he was writing a book.
After six years in the minors, Hayhurst realizes how lucky he was to make good with a call up to the Major Leagues - as is though, he also realizes he isn't a top prospect, so it hits him hard when he feels like he needs to perform and can't coax himself to find the success he did in Triple-A.
Hayhurst is utterly frustrated over the unwritten rules for rookies and finds he doesn't know how to act with veterans seemingly watching his every move - he seems to think his pitching coach was a dick to him and even his Triple-A teammates now in the bigs on the 2008 San Diego Padres team he sort of chronicles don't seem to be the same guys he played with just several months before.
In the last part of the book, Hayhurst goes finally goes a little batty, chewing up and spitting out his supportive but perhaps naive girlfriend along the way for trying to help him - as opposed to probably just letting him vent over the relative hardship of suddenly having much to prove but not having enough time or opportunity to do so.
The book ends with the 2008 season finally ending, Hayhurst finally getting married to his girl and being notified [on a honeymoon road trip] about being removed from the San Diego Padres 40-man roster - Hayhurst manages to wrap the book up with a new opportunity to pitch for a new organization the following season. 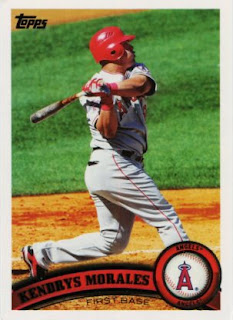 I don't think the comeback of Kendrys Morales has been entirely fascinating for me - I think it's just another guy who caught the unluckiest of breaks and has been stuck in limbo for the last two years.

Now he's actually played in a game [a spring training one] for the first time in a while, it maybe time to welcome him back from his long journey - I keep thinking whether or not he can still do some good things as a player for the Angels and if his time in Anaheim has sort of run out.

I still like Morales' power potential from both sides of the plate but I just haven't been counting on him to contribute - he looked relatively healthy in his 2012 debut, though he will probably always be considered 'day-to-day' and maybe any expectations for him to be an every day player should be scaled down.

While he is only 28, is he ever going to be able build upon his once promising Major League career and also stick with the Angels - hopefully he is still at a point of his career where there is some upside. 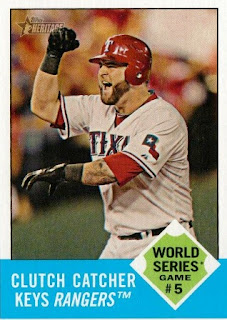 2012 Topps Heritage 16-card jumbo pack [$5.29 each x2 at Target] - I'm tempted to look for Heritage when it first comes out because it's popular with collectors as a [set-building baseball card product] and I don't want to miss out [even though I'm not likely to build the set].

In most years, Topps Heritage just doesn't do it for me and I'm not inclined to pick up anymore of it after securing a jumbo pack or two, maybe a blaster or two or three - maybe I'll try to look for the young players [maybe less than two years MLB experience] and 'recent rookies' within the set, guys who don't have have a run of multiple base Heritage cards [like veteran players] over the years. 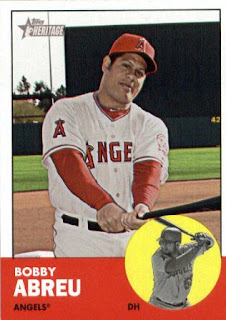 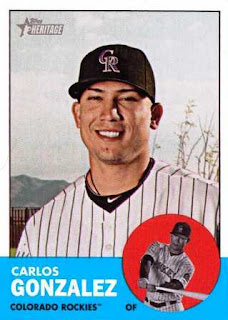 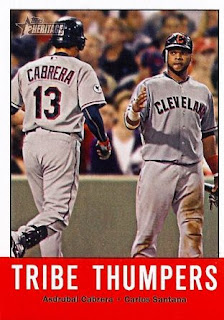 #392 Tribe Thumpers - featuring the backside of Asdrubal Cabrera and Carlos Santana.
#215 B.J. Upton
#418 Johnny Damon - I assume the cartoon on the back was sacrificed to put Damon's entire MLB career stats.
#341 Ryan Madson 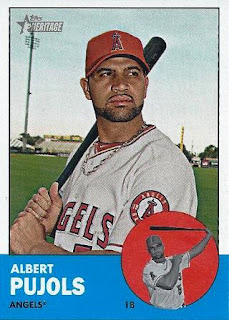 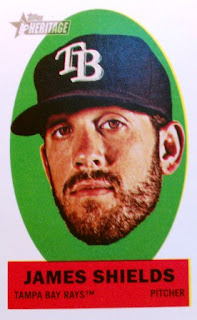 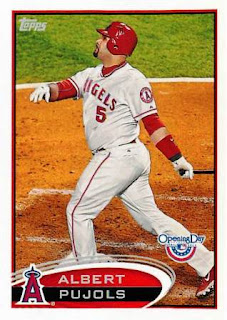 I'm not in a card collecting funk but 'fatigue' for whatever reason may set in and it's evident by my lack of posts - 2012 Topps seems kind of 'meh' to me, I don't think I like the idea of a non MLB licensed, prospect heavy product like 2011 Playoff Contenders being $135 a box and I'm certainly not touching any of the new 2012 Topps Tribute.

I've guess I've got more important things to look forward to besides running out and picking up any of the latest 2012 baseball card offerings - I've been intermittently paying attention to Angels spring training games on TV and I've seen Albert Pujols signing autographs along the rail at Tempe Diablo on his way to the clubhouse after he's pulled from games.

It has me a little jealous since I can't get out there this year - hopefully Pujols will have a routine to sign autographs before games during the regular season, even though I'm sure his presence alone will drastically change the ballpark experience at Angel Stadium as far as trying to get stuff signed.

I can't wait to watch The Machine ply his craft for my home team during the regular season - the guy looks like he's ready to play and there is really no reason not to watch any Angel game as long as he is penciled in the lineup.

Freebies through the mail! 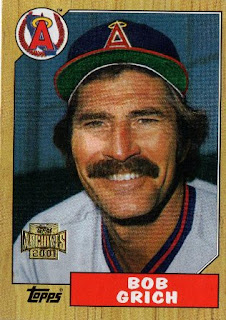 I was reading through a trade 'report' at All Trade Bait, All The Time and correctly answered the question about a tribute patch the Dodgers wore in honor of Tim Crews - I sent 'Stealing Home' my address and he sent the following freebies...thanks! 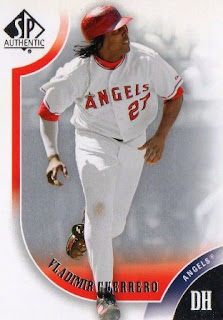 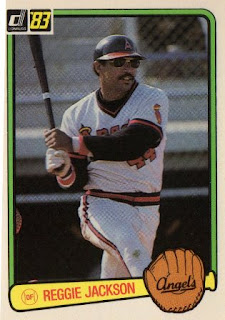 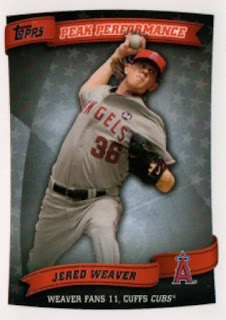 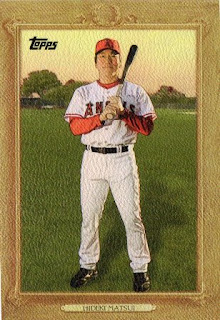 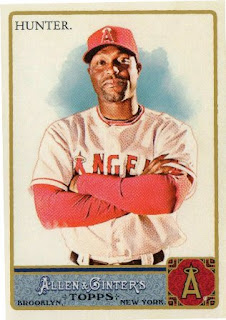 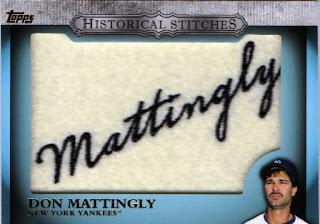