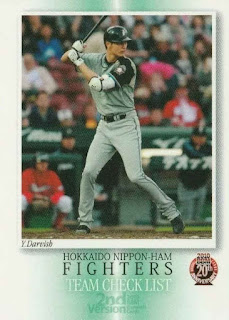 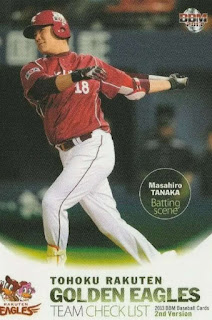 The Darvish and Tanaka were part of lots I found on eBay - I thought I might have bought the cards from a local stateside seller, but the cards looks like they were actually mailed from Japan.

They are only really checklist cards but it's a novelty to see these big league pitching imports at bat in games - for the teams they played for before coming over to the United States. 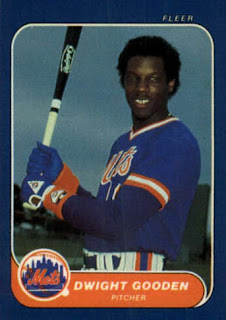 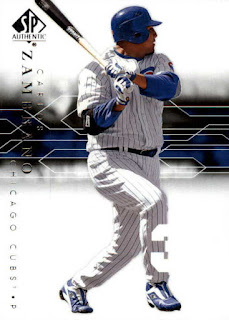 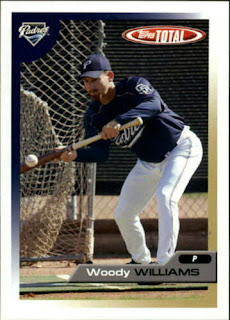 The other cards were part of my BaseballCardStore.ca acquisitions - the 1986 Fleer Classic Miniatures Gooden [#19] is sweet while the other two were nice finds as well.
Posted by Laurens at 11:00 AM No comments:
Labels: Carlos Zambrano, collecting topics subsets, Dwight Gooden, eBay, Masahiro Tanaka, mini-collections, Pitchers hitting, Woody Williams, Yu Darvish 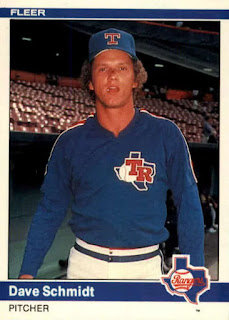 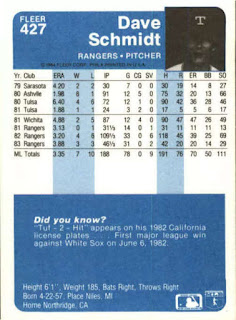 Through a pandemic, maybe rummaging through random boxes at a card shop or card show was just not a thing with people advised not to gather in public events - maybe things have opened up little by little but who knows if I'll find myself at a card show anytime soon.

Back at the end of April, I stumbled upon this blog post featuring a Web site selling cards - for a dime each with the promo they were running.

Factoring any s/h fees, I didn't think I was going to be able to put together a number of cards to make a worthwhile purchase - maybe I found 30 cards at first, but there was no way I’d get around to a 100 cards.

It’s easier for me to grab things on impulse if there were images with the listings - the site does have listings with pictures but it’s never enough.

Without the ability to ‘freelance,’ my cheat sheet / wantlist is my guide, but where do I start - when it’s cumbersome looking up random cards from my lists, only to find it’s not available.

There are lots of sold out listings, though I wonder if those were from actual purchases or were just place markers of some sort - it may be easier for buyers if the listings were removed, but I don’t know how the Web site works.

I napped for a little bit through the afternoon and decided to browse some more with my cart items still intact - the number of cards I added to my cart started to pick up, though I wonder if I can ever get a grasp of what is featured on the site.

I kept thinking others are probably mining this site for cards, but at the very least I’d just look up the most obscure subjects - as I toggle back and forth between the browser and the Google Docs cheat sheet.

I ended up with 129 cards for about $17 and while it took about 3 weeks to get my cards to me - I had to wait several months later before I could go through all the mail that added up while I was overseas. 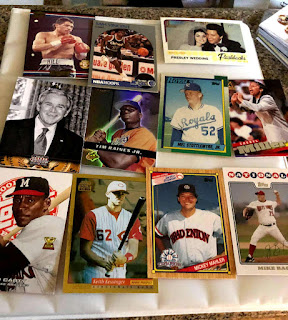 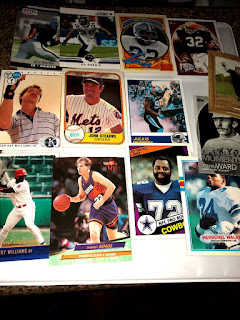 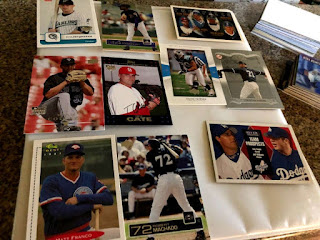 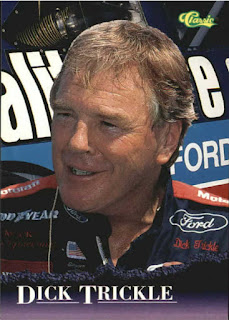 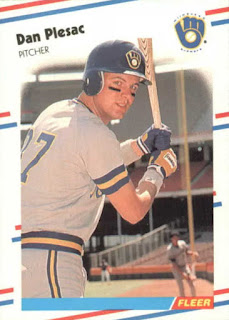 1988 Fleer Dan Plesac #171 - I like the image of this relief pitcher mugging it up as a batter for this card; since he’s a MLB Network personality, they had to show a clip of Plesac years later where he is actually batting and got his only MLB hit as a Pittsburgh Pirate; the little segment may have been posted on Facebook. 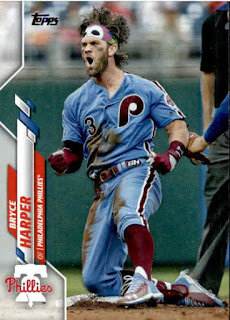 2020 Topps Bryce Harper #250 - I would still like to bust my first 2020 Topps cards packs / blaster  to add to my year-to-year sampler, but I picked this one outright. 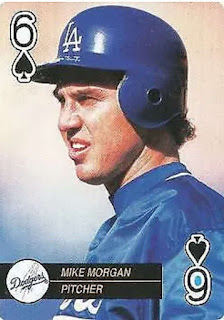 1992 Baseball Aces Mike Morgan 6S - an oddball card on my wantlist I wouldn’t have sought out otherwise unless I stumbled upon it. 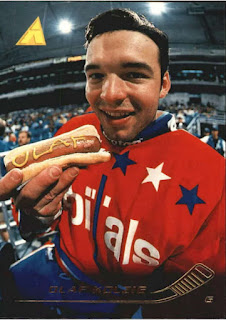 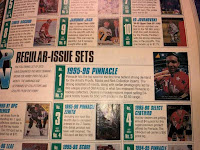 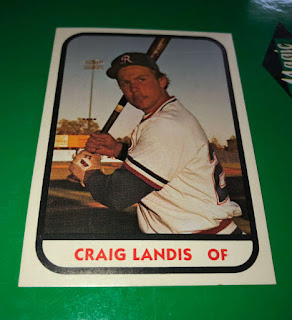 1981 TCMA Richmond Braves Craig Landis #5 - this one-time minor league player might have become a pro fisherman in his later years. 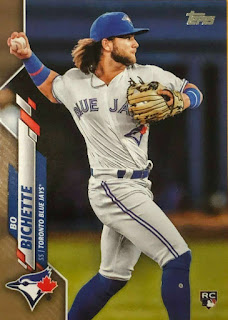 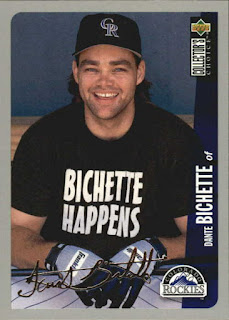 1996 Upper Deck Collector’s Choice Silver Signature Dante Bichette #135 - I ‘settled’ for a parallel when I saw it listed and once I got the card in-hand, look to pair it up with his son's rookie year parallel that came from an eBay purchase. 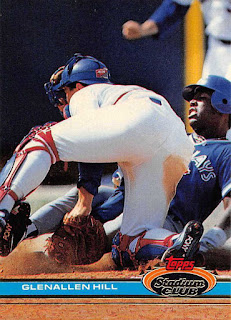 1991 Topps Stadium Club Glenallen Hill #425 - he maybe someone at this point whose cards I’ve had enough of for the last 30 years, but this is a sweet card of Hill sliding hard into home. 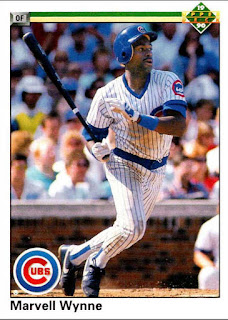 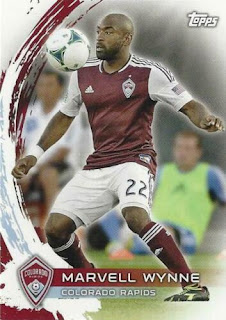 2014 Topps MLS Marvell Wynne #126 - for my bloodlines collection, I needed a card of the one-time pro soccer player. 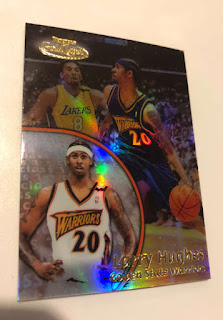 2000-01 Topps Gold Label Class 1 Larry Hughes WARRIORS KOBE BRYANT CAMEO #45 - I love how the occasional ‘cameos’ were listed and I figure I pay the price of the guy pictured to have a card of the bonus baby. 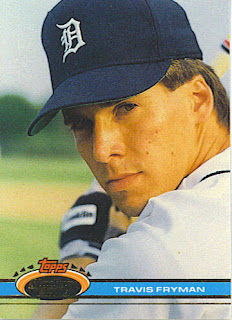 1991 Topps Stadium Club Travis Fryman #355 - I remember coveting this card when it was worth $6 as his best card out of early MLB issues in the early 1990s.

I probably thought Fryman was the next great power hitting infielder like Cal Ripken Jr. - had a fine career though didn’t play long enough to put up true all-time great numbers.

Got his autograph once on a piece of paper after a night game 25 years ago - I don’t remember exact interaction that happened for a moment but he was nice about it and I might have been a fan for the rest of the year. 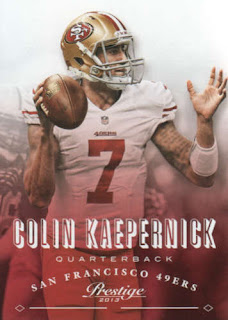 2013 Panini Prestige Colin Kaepernick #170 - it was a toss up whether this card featuring the one time NFL quarterback goes into my infamous collection for basically walking away from his playing career or my beyond the glory collection for taking a radical stand and kneeling for what he believed in. 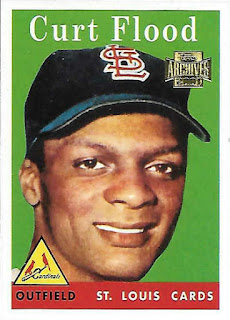 2001 Topps Archives Curt Flood #322 - retro card featuring the player who was a catalyst in starting the free agent movement in Major League Baseball goes into my beyond the glory collection. 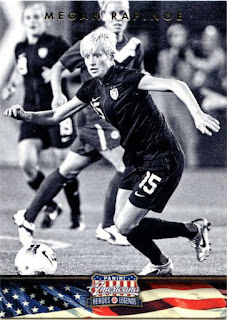 2012 Panini Americana Heroes and Legends Megan Rapinoe #80 - she’s had a run as the conscience of women’s soccer as a woman who has kneeled for her personal beliefs.
Posted by Laurens at 3:23 PM 3 comments:
Labels: BaseballCardStore.ca, King Kong, mini-collections, random 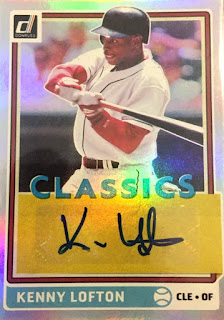 My last in-person encounter with the longtime outfielder was being denied an autograph after a Texas Rangers pre Opening Day workout at Angel Stadium in 2007 - because of this lingering memory, he isn’t necessarily ‘one of my guys,’ but I’ve got to give credit where it is due.

Lofton was a weapon as a leadoff hitter and even though he dropped off the Hall of Fame ballot - as one of the best center fielders of his era, he has a case for induction that maybe realized through the veteran's committee.

Past his supposed prime, it's weird Lofton bounced around so many teams - but he was able to stick around and be a productive offensive player until he was 40.

I didn’t think he had too many certified autographs and the ones listed had inflated prices for anyone who might have actually wanted them - it looks Panini had him sign a bunch of stickers to affix into their unlicensed baseball cards and new Lofton certified autograph cards have trickled out. 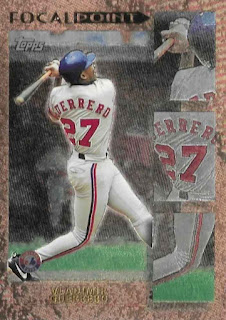 I don’t know if I’ve ever seen these inserts before, but an eBay listing for a Ken Griffey Jr. caught my eye - I found a Guerrero that cost about $2, which works for me since Vladdy is apparently a favorite of card bloggers and is certainly one of ‘my guys’ too.

I realize this isn't any sort of rare late 1990s insert, but I’m focused more about the aesthetics - compared to simply being a UV coated glossy card, the surface might have a matte, textured finish that I anticipate being able to feel in time, hopefully sooner than never.

Maybe the cards don’t have that late 1990s insert ‘pop’ to them but to Topps' credit, they look pretty classy - while the typical Topps insert tended to be a little more juvenile, like they were designed to grab the attention of younger collectors [go figure], these cards look a little more understated.

I would have thought Washington was a longtime California Angels player when flipping through his 1990 junk wax era cards with the team - but the outfielder, who recently passed away only really spent the 1989 season and part of the 1990 season with the Angels.

It seemed like years ago, but only earlier in January, where I went through my miscellaneous box of cards featuring Angels players I don’t have an autograph of - I had some unsigned cards of Washington, but sending one through the mail may have cost at least $15, through a glorified middle man.

I might have been bored and adding a little bit of spending money to my COMC account, relented to pay $6 for a random signed card of Washington - particularly on an Angels card likely supposedly certified by a third party authenticator that I’m not really familiar with at all.

Maybe I should have paid the premium for the secret address to send Washington TTM but I'll take my chances that the autograph I did get is otherwise authentic - there is a seal affixed on top of the semi-rigid holder and according to the fine print information printed on the back, if it is ‘tampered with or broken,’ the certification [spelled certiification on the label] becomes invalid.

Once I get the card in-hand, I’ll probably risk 'decreasing the value' by taking the card out of the holder - to add the Washington autograph with my other signed Angels all-time cards. 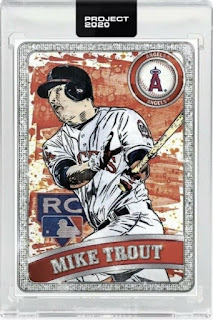 I didn’t pounce on Ben Baller's first Project 2020 card, which featured Ichiro, but had to get his first Trout and this collaboration card with artist Blake Jamieson - for the ironic ‘bling’ factor, even if it has nothing to do with anything.

Where Trout is probably all country, the Ben Baller part of this card is supposed to be loud, garish and in your face - maybe the Jamieson part is a little iffy when looking up close at Trout's face, which looks a 'bit fishy,' but it's not like the image shows Trout from the neck up.

It’s funny I wouldn’t know Ben Baller except for intermittently checking his Twitter feed for at least the past few years because he tends to tweet out either something I get a laugh off or something real to think about - he is this prominent jeweler to all the rapper, hip hop guys, a dude who talks big with always something to say.

I found it ironic he would be commissioned to be one of the people to participate in creating this baseball card set for Topps - I can't do real bling, bling but trading cards are right up alley and when the first Baller Trout came out, figured these might be an alternative purchase to one of those damn Utz chips cards that I would never find out in the wild.

I missed on a couple of Trouts I didn't like at first [Thiele and Fucci], but moving forward I'm up for getting at least one Trout and the random non-Trout subject that may catch my eye - print runs and apparent future values be damned since Project 2020 has been a polarizing, yet captivating release through this COVID-19 pandemic.