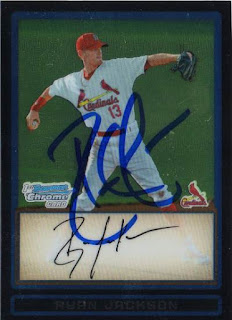 The journeyman infielder had played a little bit with the Angels AAA team the past couple of years and appeared in 22 games with the big league team in 2015 - primarily a second baseman, Jackson didn't do much as he was hitless in 9 at-bats with a walk and 5 strikeouts.
Posted by Laurens at 4:05 PM No comments:
Labels: 2009 Bowman Draft, featured autograph, in-person autograph, journeyman, Los Angeles Angels, random, Ryan Jackson, St. Louis Cardinals, utility infielder 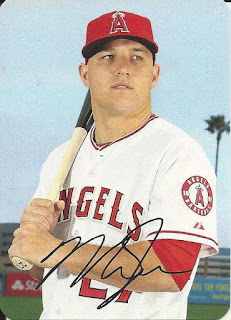 Inspired by a stand alone Topps oddball set from 1969, this is a cutesy Topps insert from 2016 Archives - I like the minimalist design with the rounded corners and facsimile autograph, so I added the card on the cheap.

Trout has to be 'the guy' among my list of players to collect, but Topps and whomever else can make baseball cards picturing big leaguers will be making up Trout inserts for a long time - so there may not be any real rush to add any new Trout cards unless I stumble upon them. 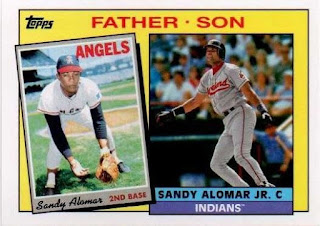 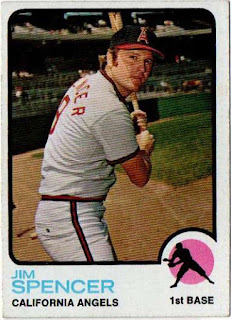 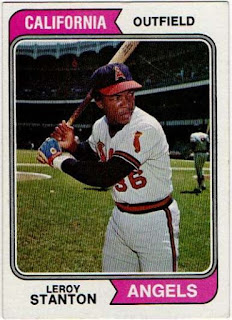 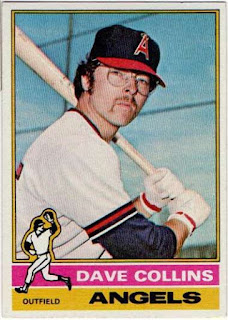 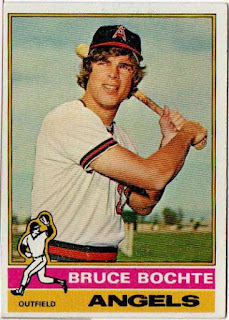 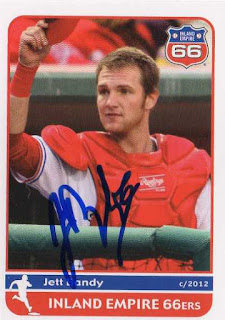 I got Bandy's autograph when he was in the minor leagues - he was a 31st round pick by the Angels 2011 and at 26 is only getting his first prolonged experience playing in the big leagues.

As is, he is a catcher and they take a little while to develop as opposed to another position player on the field - if Bandy could just continue to hit a little bit and presumably do what he has to satisfy manager's Mike Scioscia's demands for his backstops, then Bandy maybe the Angels No. 1 guy at catcher for at least the next few seasons. 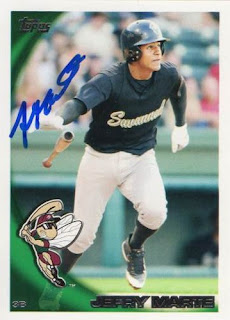 I give myself a part on the back whenever I've gotten some random player's autograph and he is picked up and plays at some point for the Angels - I got Marte to sign this card back when he was a prospect in the New York Mets organization.

Marte has put in time with the Angels this year, has some pop in his bat and is only 25 - at this point however, Marte is nothing to get too excited about since he's an unproven guy playing on a dead end team. 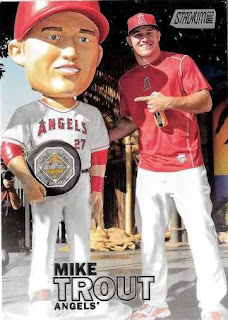 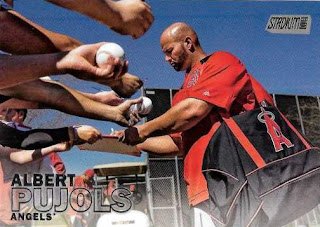 Old Man Pujols is inking it up after a spring training workout - his numbers have dipped and while he nearly 100 RBIs on the year, the last time someone cared about that stat [which Fangraphs would say is more of a result of the players getting on-base infront of you than any particular skill attributed to a batter] was 20 years ago. 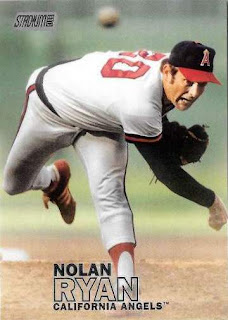 This is more of a traditional baseball image - though it shows Ryan in his mid 1970s Angels prime. 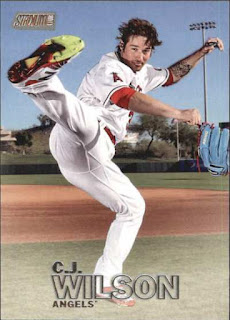 Wilson is goofing off for the photographer and I guess I appreciate the silliness - though I don't know what Wilson is doing and the image seems a little too orchestrated and unnatural. 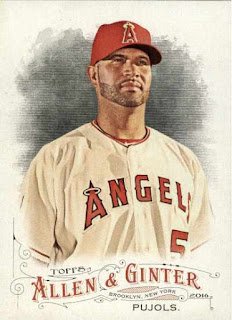 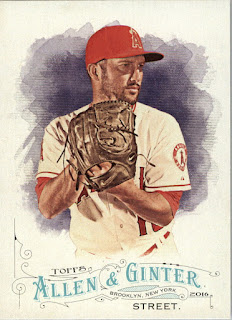 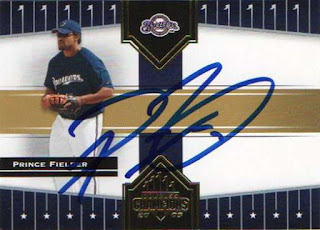 Longevity seemed like it was always going to be an issue with Prince's body type and while an iron man of sorts for the bulk of his career, he'd already been in decline - his slugging percentage had dropped from 2011-2013 while he was limited to 42 games in 2014.

Prince had sort of a bounce back bounceback year in 2015 and while I hoped he would continue slugging his way back into prominence - he labored for much of this year and a neck injury cuts his big league career short at 32. 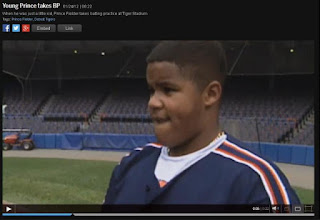 While there should is a little mourning over the apparent end, Prince maxed out his talents - ever since he tagged along with his big league father and hit home runs at old Tiger Stadium as a chubby 12-year old, Prince was expected to be like his dad.

Unlike his father, Prince swung the bat from the left side and while the body type was similar, Prince was a bit shorter than Fielder the elder - while father and son each hit 319 home runs for their careers, Prince seemed to be a better all-around hitter, with four seasons of 150 OPS+, compared to one for 'Big Daddy.'

Farewell Mark Teixeira - a pro all the way 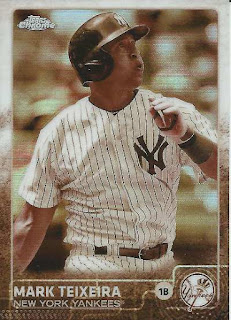 Though Teixeira has had a fine career, it looks like his body is beat up and is apparently retiring at the end of the 2016 season - his year-to-year numbers have generally been in decline for the past five years.

A one-time Angel in 2008, Teixeira hit .358 with 13 home runs and 43 RBI in 193 at-bats in a 54-game stint after being acquired from the Atlanta Braves near the trade deadline - he provided such a boost with a bat, that it was disappointing [even if any sort of long-term deal wasn't really meant to be] not to see him back with the Angels. 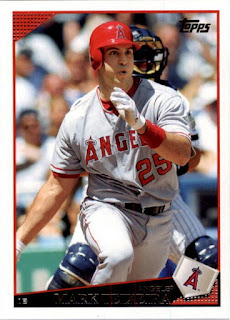 Losing Teixeira through free agency meant the Angels were compensated with a 2009 first-round draft pick - the team used the pick to select Mike Trout, who at 25, continues to build on a monumental career.

The circumstances that gifted the Angels with Trout was something that happened because Teixeira bolted for New York - so there maybe indifference but no real ill will towards 'Tex' after the fact.

After leaving the Angels, I probably hoped Teixeira would be more of an albatross as the years passed by - but in his first season with the Yankees, Teixeira got what he came for when he had another big season and helped the team win a World Series championship in 2009. 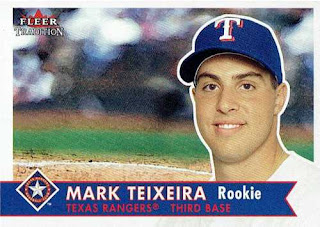 Teixeira was a polished college player when the Texas Rangers drafted him in 2001 and was a ready made big leaguer when he made his big league debut in 2003 - he really had some big seasons with the Texas Rangers and I thought he was going to be a superstar for years to come.
Posted by Laurens at 4:01 PM No comments:
Labels: Anaheim Angels, Atlanta Braves, Mark Teixeira, New York Yankees, retirement, Texas Rangers

Farewell A-Rod - is it the end of the line? 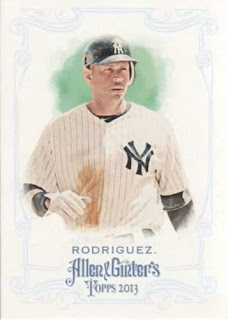 Because of his immense talent, the scrutiny over his accomplishments and his misdeeds, A-Rod will always be the car crash I'll rubbernecking to watch - in what was supposed to be a week where A-Rod is playing his last game with the New York Yankees, there was some controversy over how many games he'd get into.

After a bounce back year in 2015, reality caught up to the 41-year old - who really knows what is on his mind and what maybe his possible options if he isn't bent on hanging it up just yet.

If A-Rod doesn't play in a big league game again, it will be interesting where he ends up as far as Hall of Fame consideration goes - because of the players' PED ties, I think the baseball writers have resigned themselves to letting three of the greatest players in baseball in Barry Bonds, Roger Clemens and A-Rod sit in limbo as opposed to inducting them into the most exclusive club in any professional sport.

I think Bonds and Clemens have to get in first and that doesn't look like that is happening anytime soon - before they A-Rod gets any actual consideration. 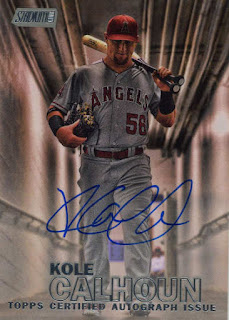 I grabbed Calhoun's 2016 Topps Stadium Club certified autograph card because the image used of the Angels fan favorite makes the card unique - Calhoun looks like he's walking through a tunnel underneath a stadium with his bats and glove in-hand, looking ready to get his work in.
Posted by Laurens at 4:00 PM No comments:
Labels: 2016 Topps Stadium Club, certified autograph, featured autograph, ginger, Kole Calhoun, Los Angeles Angels 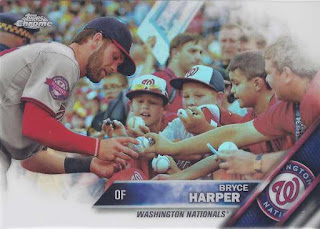 I used one of those lousy $0.50 off inserts to pick this up, so I could go through some new cards - as much as I like new cards, maybe I've set myself up in an awkward spot where I'm not really enthused about making impulse buys of loose packs or blasters at big box stores or even card shops.

I'd rather take the time to put together quarter box stash of loose cards or pick up a cheap single card or two - though at times the urge to bust something new is too hard to resist. Pack two
#172 Kyle Seager - meh
#PC-18 Corey Seager - Perspectives insert; the first time I’ve pulled a pair of brothers back-to-back in a pack.
#200 Bryce Harper - refractor variation parallel; I guess this is a card to put in a penny sleeve and place in a dingy box, to add to my mini-collection of players signing autographs.
#147 Johnny Cueto - meh 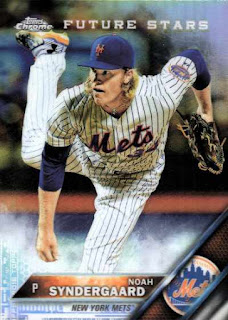 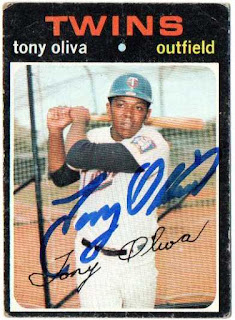 I got this 1971 Topps card signed by the former MLB batting star when he made an appearance at the 2016 All-Star Fan Fest - I probably pulled the card from some card show vendor made vintage repack at least 10-12 years ago.
Posted by Laurens at 4:19 PM No comments:
Labels: 1971 Topps, 2016 summer graphing successes, featured autograph, in-person autograph, Minnesota Twins, MLB All-Star Fan Fest, Tony Oliva 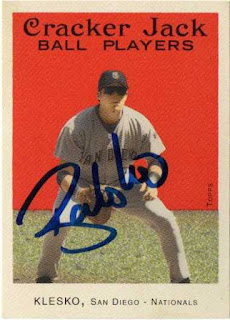 I first learned of Klesko as a top prospect with the Atlanta Braves in the early 1990s - the lumbering slugger with a big swing didn't have the all-world numbers like one-time Braves teammate Chipper Jones would have, but had a pretty good MLB career for himself.
Posted by Laurens at 4:15 PM No comments:
Labels: 2004 Topps Cracker Jack, 2016 summer graphing successes, Atlanta Braves, featured autograph, in-person autograph, MLB All-Star Fan Fest, Ryan Klesko, San Diego Padres, San Francisco Giants 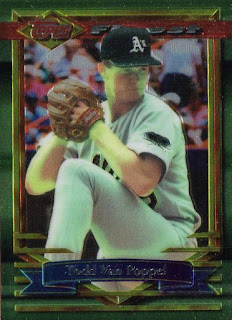 I have a few of these early Topps Chrome / Finest cards and there is some sort of Philadelphia Experiment effect going on as these cards were exposed to conditions over time - maybe the Van Poppel card is something trippy to look at, but it's kind of a bummer how condition sensitive these type of early chrome / Finest cards turned out being.

I don't know if any particular baseball products held their value, so no one really talks about them [so it would seem] - but the discoloration issue maybe more prominent for basketball card collectors.

So how much of a value decrease do topps chrome refractors with "GREENING" have? 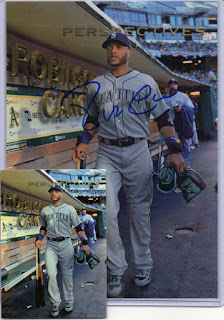 The Seattle Mariners second baseman is hitting .298 with 23 home runs and 65 RBIs heading into August - after struggling for parts of the 2015 season, he has enjoyed a bounceback year for a Mariners team looking to get into the playoffs through the Wild Card.

While Cano still has 7 years left on his hefty contract, he already has the numbers of a probable Hall of Famer - particularly for a second baseman who still looks like he can post big batting numbers to pad his counting stats.