My wallet card - Joe at Rubio's 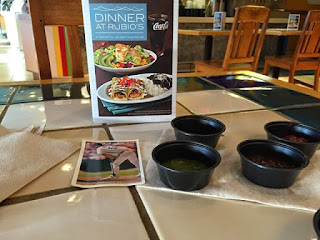 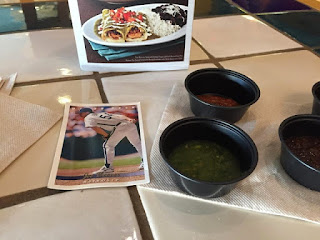 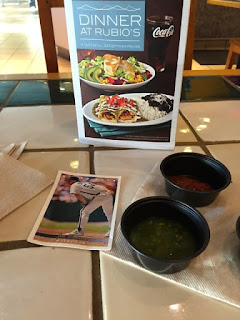 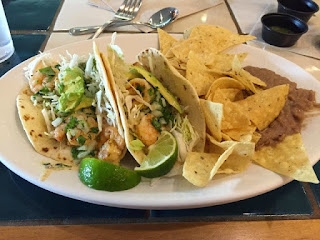 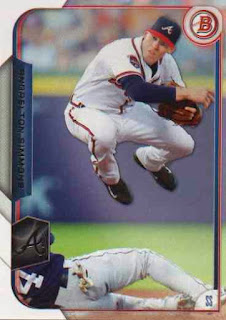 Though the cards just don't pop, this year's Bowman cards do look a little different with the way the borders are used - the images sort of bleed out of the cards, as opposed to the images being framed by a solid black or white border. 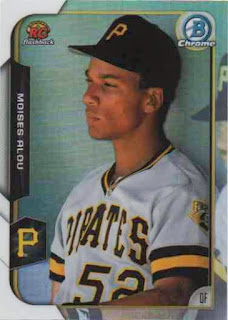 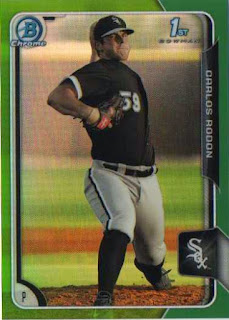 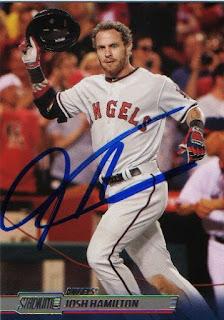 The 25 guys on the Angels 2015 roster grinding it out are the ones who want to be there and the one who didn't is now a Texas Ranger - it's kind of just sad how Hamilton's Angels career imploded but I'm kind of just over it.

Hamilton has shown no contrition for his relapse and I'm glad as hell the Angels took a stand and got rid of the guy - even though the national media have killed the Angels and owner Arte Moreno for apparent lack of tact in handling this delicate flower.

Maybe if Hamilton was putting up numbers the Angels would have taken more care help the guy out, but I think the fact that he struggled was just one part of the equation - I get people like Hamilton's story, people are still going to bat for him and his supposed disease as if he was one of them, but does anyone really know what is going on with him at any given moment?

Just to play around sometimes, I still want to imagine being Hamilton, the guy with the bravado, the guy with ability to swing for the fences willy-nilly and actually do so - maybe he makes a comeback, maybe he gives the finger to the Angels and this idea of being accountable at points in one's life, but he is someone else's problem now.

Ran into an old Angels player 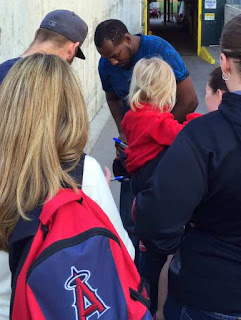 I was at Angel Stadium taking in an afternoon game and afterwards took a couple of pictures of this former Angels player signing and interacting with fans - his people told the fans to back off and to make some sort of organized line.

I got a ball signed under the MLB logo [I was going to take a side panel, but this guy named Frank who had his own ball, asked the former Angels player to sign there under the logo] - when this retired player said, "no sweet, no sweet," meaning he wasn't willing to sign the middle part of the baseball that is typically where single signed baseballs are inked up. 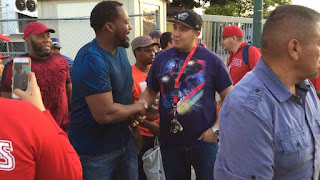 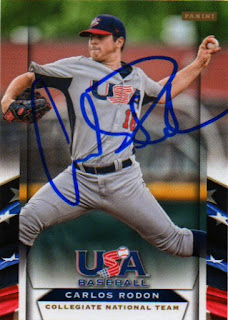 While established Major League Baseball stars are a proven commodity, there is always hype for the next great players to come up - in the less than a week, there has been three 'stud' prospects called up in Kris Bryant, Addison Russell and then Rodon.

The No. 3 overall pick in last year's amateur draft, it took Rodon only 34.1 random innings in the minors before getting to the Major Leagues - it doesn't mean he won't be back down in the minors at some point, but maybe it just shows how top amateur talents [particularly college players] are expected to contribute sooner than never. 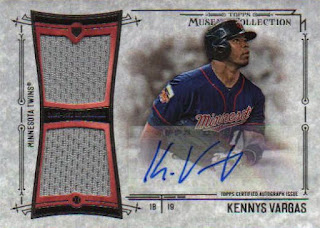 If I was running a MLB team, I'd probably make it more like the Oakland A's than the Los Angeles Dodgers or the New York Yankees - however I have an interest in cards and while I may prefer dumpster diving at the place where I get my fix, at times I do something completely foreign and impulsive like picking up a pack of cards for $50.

I realize others bust boxes and cases of this stuff but I'm not one of those collectors - even if it's only one pack, I just wanted to experience what it was like to make it like a high roller until I actually busted the pack. 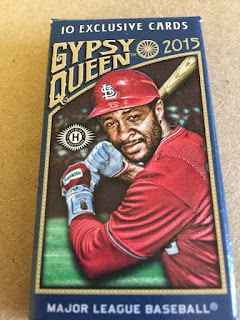 Gypsy Queen is out and I grabbed a box topper of minis even though I like the regular sized trading cards - without picking up a full hobby box, I thought I might pull something mildly interesting. 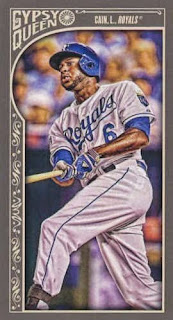 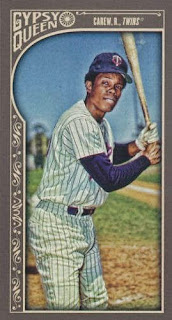 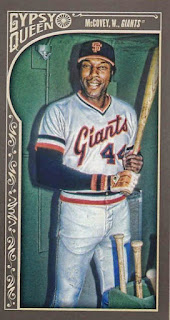 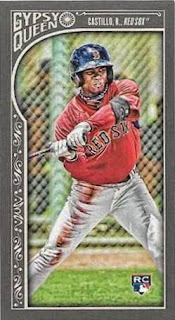 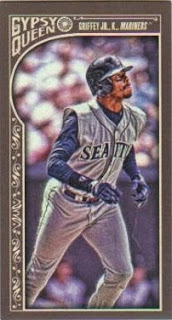 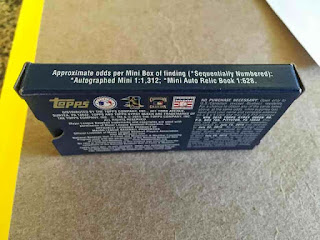 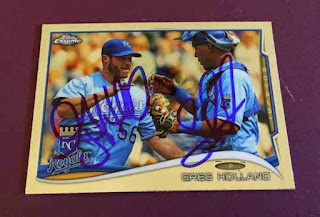 I pulled a 2014 Topps Chrome Greg Holland from this break and I mused how it might be a project to get the card signed by both players pictured - while I'm bummed the Angels were swept over the weekend by the visiting Kansas City Royals, I did get Holland's autograph for the first time and also added a scribble of the other player.
Posted by Laurens at 4:08 PM 3 comments:
Labels: 2014 Topps Chrome, Featured autographs, Greg Holland, in-person autographs, Kansas City Royals, Salvador Perez 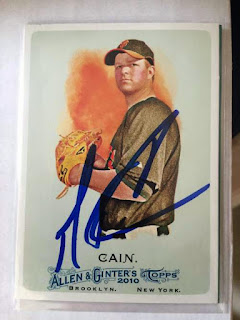 After working on bounce back year after an elbow injury cut his season short in 2014 - he has suffered a setback that probably doesn't sound too good for a guy looking to get his career going again, but I guess you can only throw a ball for a living for so long, regardless of how much success or how injury free one has been in their careers.

It probably helps to have Madison Bumgarner emerge as your outright, no doubt about it ace - but it's kind of amazing the San Francisco Giants won the World Series last year despite Cain being injured and Tim Lincecum being up-and-down.

They were the Giants' one-two pitching duo for a long time, but both Cain and Lincecum have a lot to prove - looking to find the success that defined their careers as Giants.

Assorted finds from a card shop 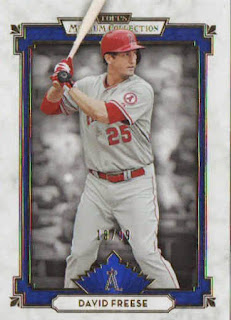 A numbered Freese parallel - hopefully Freese has a better season as an Angel this season after being pedestrian in 2014. 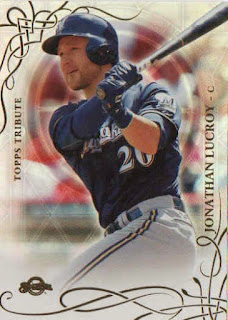 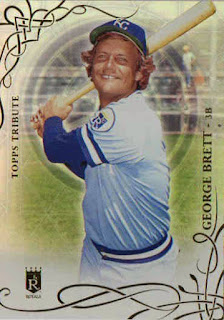 I find like finding the odd base card or two from a $50 pack in the quarter box - because they are a little thicker, a little shinier than most cards I'd usually find, these mean a little bit more to a cardboard scavenger I fancy myself as. 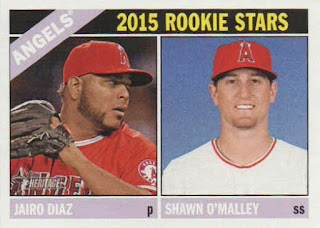 A couple of guys who got late season opportunities with the Angels in 2014 - Diaz is now with the Colorado Rockies and O'Malley is with the Seattle Mariners. 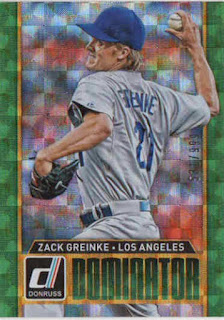 Greinke is a little awkward and the guy doesn't like to sign autographs interact unless obligated to do so - but he gets paid to be a starting pitcher for the Los Angeles Dodgers and the last I checked, has enjoyed a fairly successful run as one of the better starters in Major League Baseball. 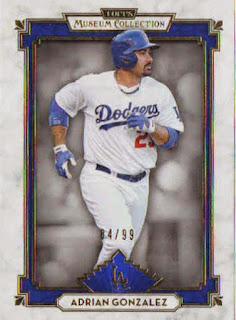