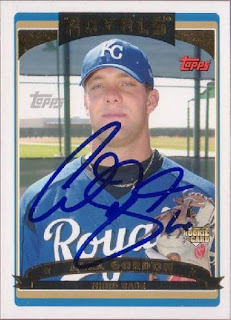 "He will always be mentioned in the same breath as Sean Burroughs" was my parting quote :)