Latest The Angels, In Order goodies

I got a PWE in the mail from The Angels, In Order's latest trade giveaway post - after claiming free cards from the last two occasions, I need to dig around to send something back for Tom. 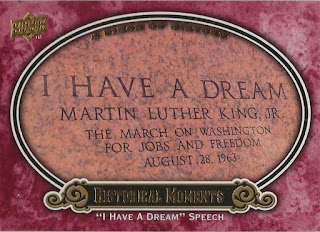 I collect primarily baseball, but just to be on these no-context side missions, I might free myself to pick up odder non-sport cards that end up falling into my lap - while this card didn't catch my eye immediately, it is a topical card every January when Martin Luther King Jr.'s birthday comes around. 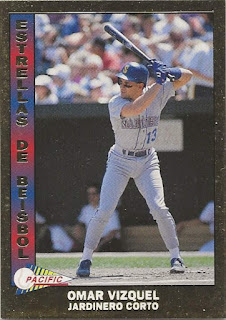 This card was unfamiliar enough to put a claim on despite the subject pictured - Vizquel was probably headed to Cooperstown as an already polarizing candidate, whose reputation as a fan favorite and defensive whiz at shortstop far exceeded any objective fielding or hitting numbers.

However, Vizquel's personal problems and other mishaps of his own doing - have likely torpedoed any serious opportunities to sneak into the Hall of Fame. 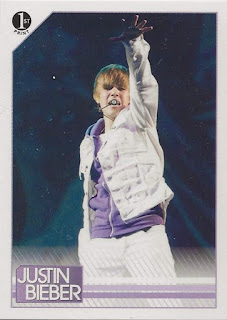 Like the King claim, this kind of represents a card that is something a little different besides the pictures of ballplayers I collect - Bieber is millenial pop star from the past 15 years that ends up being an unwilling paparazzi magnet. 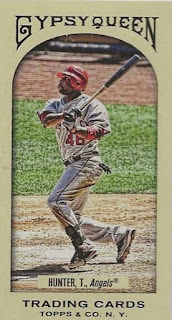 An odd-size [mini], I claimed this to remind myself how much Torii Hunter was a personal fan favorite as an Angel - I don't think he gets any sort of serious Hall of Fame consideration, but maybe I can see where I end up favoring his career over Andruw Jones [who might not end up a Hall of Famer in reality, but has gotten support for the way he played center field in his prime]. 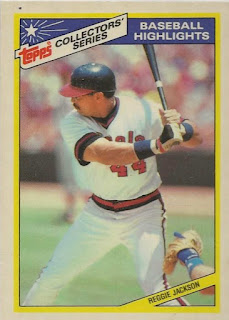 I may have been scrolling from the last sheet on the bottom to the top and might have not claimed this Reggie card - if I hadn't punted on a couple of other cards I'd picked out at first. 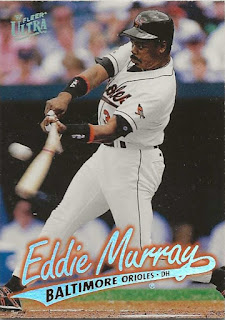 I claimed this card thinking it was another broken bat shot I can add to my mini-collections - however it turns out I have the card, so it could be a centerpiece card to a random Murray page if I get enough other cards together. 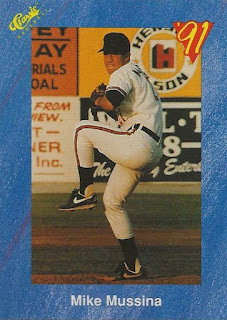 Unfortunately, this rookie year card of Mike Mussina didn't make it through transit for some reason - the same could be said for the cards below, but while the two others [Fred McGriff and Tom Seaver] end up 'bent,' the Mussina got bent and got creased. 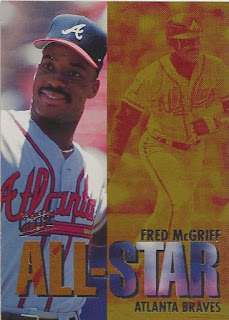 For now, I've placed the McGriff and the Seaver in a semi-rigid plastic holder - to see if I straighten the cards out [or not]. 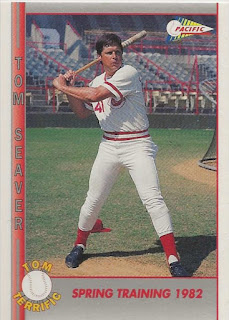 This Seaver is a little odd where it looks like he is trying to hit some fungos - it's close enough where I'll add it to my pitchers hitting mini-collection.
Posted by Laurens at 10:00 AM
Labels: random, The Angels In Order, trade

Glad you got them, sorry they got bent. I can't remember who it was that would always include a Bieber card in a trade pkg, Zippy maybe, but thought I'd pass it on.

Not Zippy, it was the Card Papoy. Good times!

That Omar is very cool. Been trying to track down the Canseco from that insert set for a few years now.

Hopefully Omar's actions will keep him out of the Hall for good.