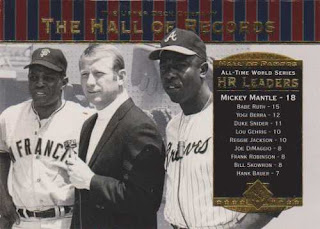 Great card. All three of these guys are legends who played before my time, so it's hard for me to rank them. But in terms of who I'd start a collection around... I'd say Mays. Loved how he could do a little bit of everything.