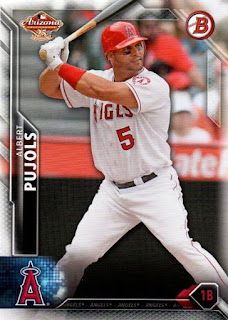 I was able to pick up four different 25h anniversary Arizona Fall League 5x7 cards at a couple of AFL games I attended - the cards were handed out in pairs, with an Andrew McCutchen card to go with the Pujols. 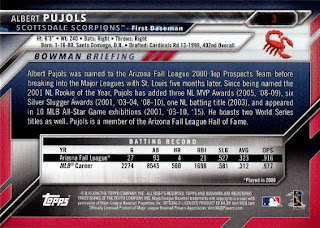 The other cards I got were of Matt Holliday and Adam Wainwright - these cards resemble the 2016 Bowman design but with the AFL's league 25th anniversary logo added in front.

The card backs identify the players' fall league teams as well as a AFL team logo added - there is a write-up of the players' career highlights with a line featuring their fall league stats.