I look forward to when the three big awards [Rookie of the Year, Cy Young and Most Valuable Player] are announced - it gives me an opportunity to add cards of another set of players to my award winners collection. 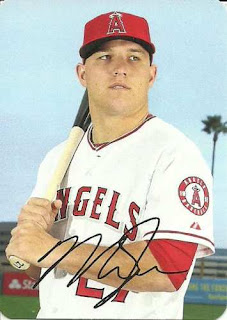 American League MVP Mike Trout - while his team finished 74-88 this past season, it's amazing to see the best player in the game excel the way he does in such a metronomic way.

Boston Red Sox star Mookie Betts was hyped up as the favorite to win the MVP - but with teammates David Ortiz, Hanley Ramirez, Dustin Pedroia, Jackie Bradley and Xander Bogaerts all having fine offensive seasons in the Red Sox lineup, it was really going to harder to see Betts as 'the guy,' regardless of what the advanced metrics said. 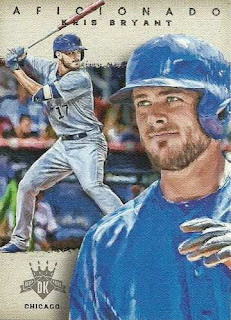 National League MVP Kris Bryant - Daniel Murphy had as good of a chance of winning the MVP [the second baseman hit around .347, has a slugging percentage of .595 and an OPS+ of 157], but Bryant was part of the 'Bryzzo' power duo that kept the eventual World Series champs going all season long. 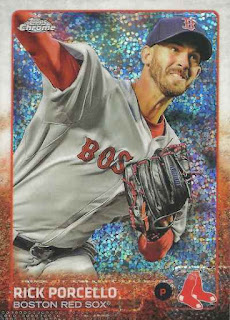 American League Cy Young Rick Porcello - he may not be better than a No. 3 starter, but after a rough debut season in Boston, Porcello stepped up his game, pitched a career high 223 innings and won 22 games.

The best part about Porcello winning the AL Cy Young award was reading about the first world outrage shown by supermodel Kate Upton - the girlfriend of the guy that got squeezed out of the award by his former teammate. 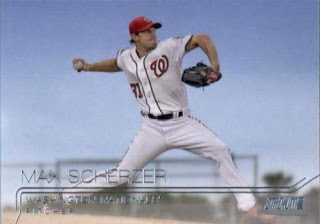 National League Cy Young Max Scherzer - I honestly don't know if I really sit down and watch as much baseball, but Scherzer might be that 'must watch' pitcher every time he takes the mound. 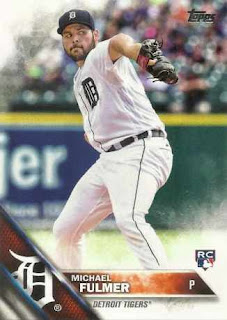 American League Rookie of the Year Michael Fulmer - emerged as the second best pitcher on a Detroit Tigers starting staff that otherwise imploded with particularly bad performances from Anibal Sanchez and Jordan Zimmermann. 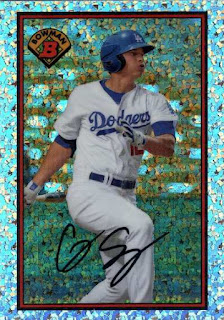 National League Rookie of the Year Corey Seager - in some respects, Seager is the personification of the ideal big leaguer [along with your Trouts and Bryants], even if he has just gone through his first full season.

Considered the No. 1 prospect entering the year, he was able to step in and play nearly 160 games at a premium position - with a seemingly consistent even keel approach.

With youth and potential on his side, Seager can only get better and may become the face of the franchise - even if has more an 'aw-shucks' kind of personality otherwise.