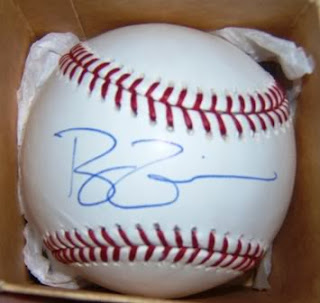 I remember being high on Zimmerman as a potential franchise star and when he was a rookie all the way back in 2006 - I made a trade for this ball in exchange for a Ron Cey baseball I got signed during one of the preview days at the National 14 years ago.

It is hard to believe that all these years, the original National was still with the team and was part of a World Series Championship team - I suppose a number of people didn't like his appearance at the White House along with Kurt Suzuki in particular, but it is what it is.