My experiences with some junk boxes of doom - box 3.1 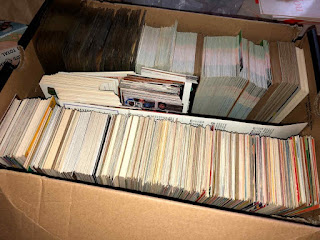 These are mostly the highlights of my third junk box I picked up for $3 each - there was a good number of cards in the last two boxes that were in semi-rigid holders, which may or may not have reflected the 'better' cards, but may have been the most interesting to go through. 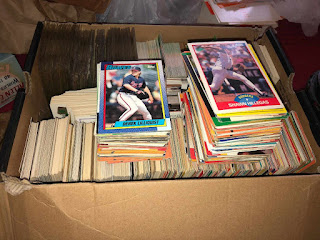 Literal junk wax to sort through and toss for the most part - in some twisted way, maybe I need to pick up these boxes when I see them once in a while, just to get back to my roots.

Not worth much, but I like the Steve Garvey and Mike Schmidt in particular - a pair of old school 1980s cards of longtime stars through that era. 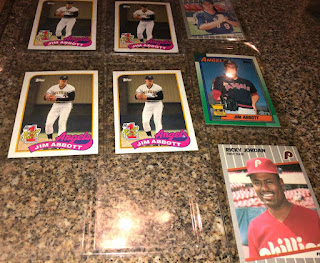 Some 1989 Topps Jim Abbott rookies - to bring me back to my beginnings as a collector perhaps. 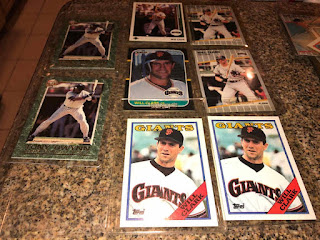 Two of the same Tony Gwynn insert cards and a small stash of Will clark cards - including a 1987 Donruss rookie that I'd probably pay a few bucks for outright, if I didn't have it already. 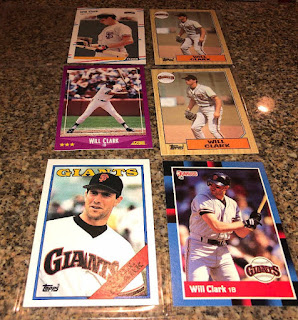 More Will Clarks - he was big league star for just about the entirety of his big league career, but may have been a considered a superstar for a 2-3 year period with the San Francisco Giants through the late 1980s. 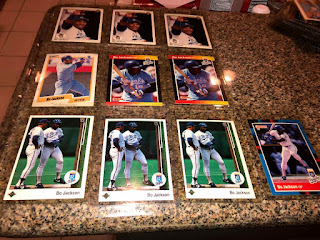 A small stash of Bo Jacksons - one of the brightest stars of the junk wax era, even though a 'what if' in most fans' minds in both football and baseball. 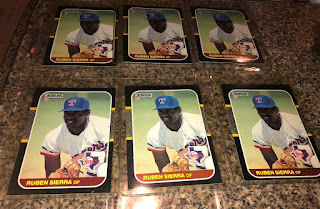 Some 1987 Donruss Ruben Sierra rookies - how much were these going for at his late 1980s peak? 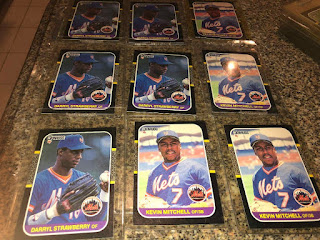 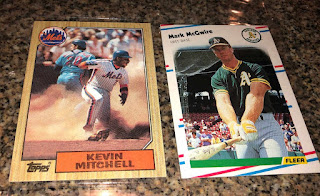 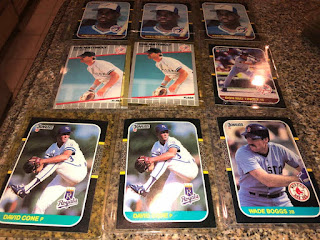 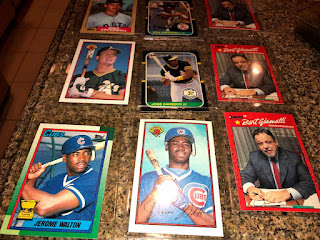 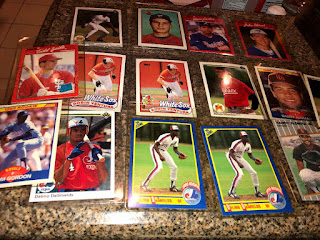 These cards brings me back to getting into collecting and through browsing actual hobby publications - reading about the crop of junk wax rookies that were going to be stars for years to come. 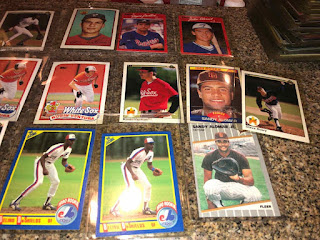 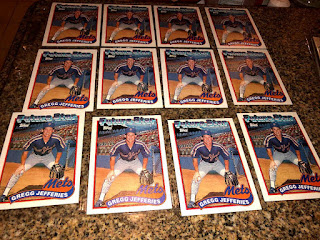 This stash of First Topps Cards could have been a penny stock investment for an adolescent collector - looking to see whether the value and gone up or down in his latest Beckett.

It looks like you have large AND small hat gap versions of the Gregg Jefferies rookies. Nice!

Interesting, I had no idea such a variation existed for the Jefferies [or other Future Stars subset cards].

I'm not sure about the current prices, but in terms of just sheer fun, I'd say that this box was most certainly worth $3. I don't recall coming across anything like these, but I would've been very happy to have paid what you did for this one!