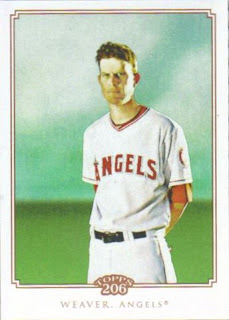 2010 Topps T-206 Value Pack [$4.99 x1 at Target] - I don't like the idea of the 'hatless' images used for these cards, but an unintended consquence [that is actually a good thing] is I have cards to add to my 'hats-off' collection of cards [where players are pictured without wearing any caps and/or batting helmets].

Top compartment of the rack 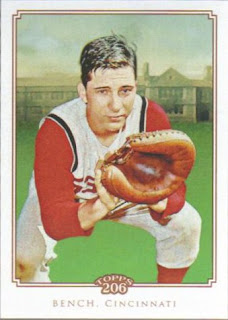 I've only experienced the wrath of Johnny Bench when trying to get his autograph for free at golf tournaments [on something other than a piece of paper] - but this is a nice card featuring the same image used on Bench's 1969 Topps second year card. 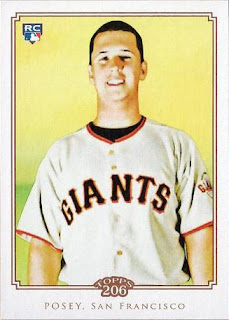 Bottom compartment of the rack