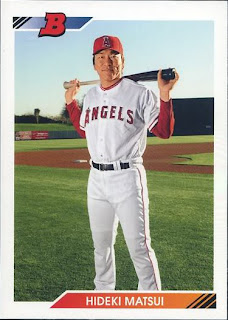 Though he didn't help the Angels get anywhere close to the playoffs in 2010, the Angels need to keep designated hitter Hideki Matsui for at least one more season - he is still a productive offensive player and at 36, is probably still a gate attraction [for Japanese MLB baseball fans].

The reality however Godzilla will probably not be with the Angels in 2011 - outfielder Bobby Abreu will probably have to see more time at the designated hitter position in 2011.

More importantly, the Angels are probably looking to see what minor league slugger Mark Trumbo is going to be capable of in the Major Leagues - Trumbo is about as ripe as they come at 24 / 25 and 2011 will dictate his future as a Major Leaguer.

A realistic place for Matsui to land for 2011 is back in New York with the Yankees - it really isn't a stretch to assume if Matsui is intent on continuing his MLB career, he'll go back to the organization where he first started, where it maybe assumed there is a comfort zone.