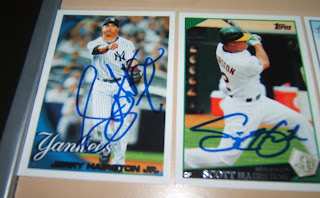 It looks like the San Diego Padres are about to choke up the lead in the National League West - is it a coincidence they've lost 10 games in the row without older brother Jerry in the lineup? Probably, but the Padres won six straight games before the older of the two brothers was apparently injured and had to go on the disabled list.

As an 'infrequent visitor' to Petco Park this season, it was fun watching Major League Baseball's feel good story [at least for parts when I was actually in the stadium during the Padres games I was at instead of next door at Lolita's] - now it is really starts getting to be a thrill ride to the finish line to see who ends up with the NL West crown.