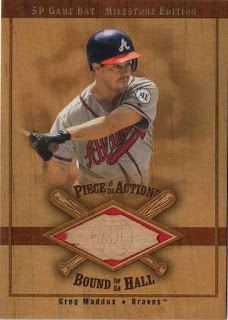 I picked up eight cards of pitchers who are pictured hitting as a late year push to boost my mini-collection totals - a wrinkle is that they feature relics.

When I think of bat cards, I associate them with position players who go to the plate 500 times a year - however, if card companies had access to purchase bats supposedly used by the players pictured, why not make them into cards?

While no particular card might not hard to find, it’s not like I can go to card shops or a card show on regular basis - to piece together a handful of these obscure themed cards.

It's kind of a treat when I'm casually browsing through listings on an online site like COMC and find relics of pitchers hitting - I might as well grab them on the cheap, so even if there are more cards to seek out, these ones have been accounted for.

Because they are junky and were never considered legit hits, I suspect they maybe buried in a stash somewhere or maybe the repack companies have hoarded the cards - to put them in their future releases. 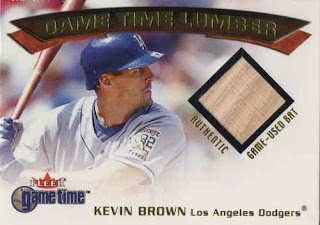 2001 Fleer Game Time Lumber Kevin Brown #KEBR - I didn't want to pick up any cards of Brown, but this card isn't bad looking at all.

At times, collecting is literally about what the cardboard represents, rather than the player pictured - to me, it's another card for a mini-collection, not an endorsement of any particular player.

Admittedly, Brown had a successful big league career, but seemed like a salty guy who was the big money free agent with the Los Angeles Dodgers in the early 2000s - his career ended with a whimper and after the fact, he had a cameo in the Mitchell Report. 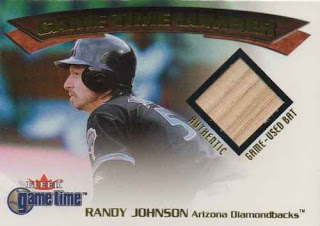 2001 SP Game Bat Edition Milestone Piece of the Action Bound for the Hall Greg Maddux #B-GM - anytime he is pictured as a batter, Nike's Chicks Dig the Long Ball commercial of the late 1990s always comes to mind. 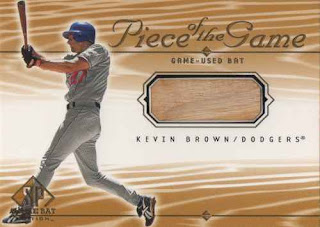 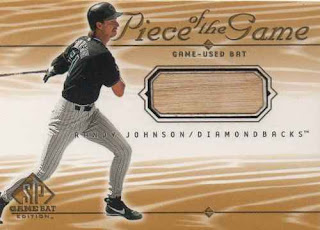 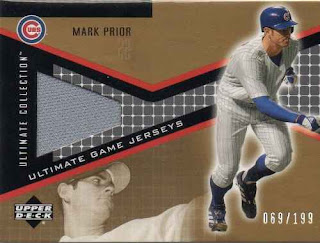 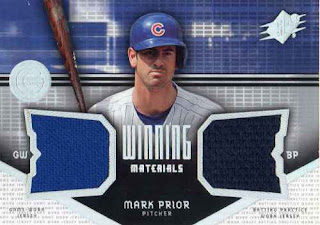 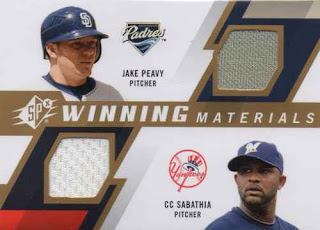 I always like finding a new Maddux with a piece of bat. Right now I have 68 different Maddux memorabilia cards... and only four have a piece of bat. The next time I spend some time over at COMC, I'll have to look for more.