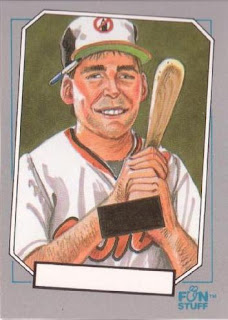 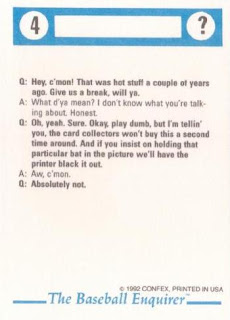 15 count repack box from Fairfield [$9.99 each at a Target] - I'm not going to be suckered into a repack box of any kind, but a clear 150 count plastic box labeled 'Fire Sale - 15 baseball packs' caught my eye. I could probably get the box for a buck, but it looked there seemed to be a handful of packs crammed inside.

Most of the packs were assorted Topps brands from the last several years - they were the cheap retail $0.99 packs with six cards inside instead of full retail [or hobby packs].

One random pack was a 1989 Topps pack and no picture of this dreck is needed - the cards inside were bent [warped] in a weird way. The bottom card had slight wax stains, but the stick of gum was nowhere to be found and cards in the pack are off-center.

My philosophy on wax packs is people have probably searched packs, even from ridiculously crappy years of cards - my guess is so they can find cards to grade since a PSA 10 of a base star card maybe worth $15, $25 or $100 in some cases. There is no 'safe' product to bust. I don't care about value when there is none, but I kind of wish the packs I choose to open are 'clean,' unlike this one.

Unscientific guide - consult an 'pack expert' as far as seals are concerned.

1.) Pulling a star or rookie of value - may seem an odd assertion, but pack searchers with some nefarious plans are cherry picking packs, while putting 'key' cards of lesser condition in the packs they search and reseal.

2.) Off-center cards or generally cards in shabby condition - packs are likely searched if there is a string of cards featuring miscuts, off-center cards and various imperfections. 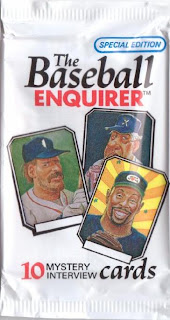 Another random pack was a 1992 The Baseball Enquirer 'mystery interview' cards - I kind of like these cards, though the company can't associate the parody images/interviews with any of the real Major League Baseball team and/or players it may [or may not have] chosen to depict. It is pretty simple to figure out the 'stars' from the set, though there is really no ID on the cards, not even a make believe name. 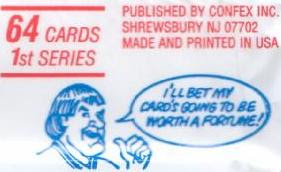 The pack features a shaggy haired caricature of a ballplayer - saying "I'll bet my card's going to be worth a fortune." 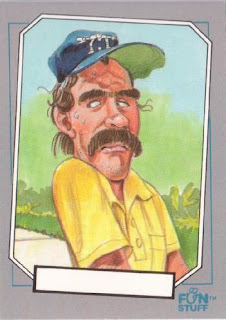 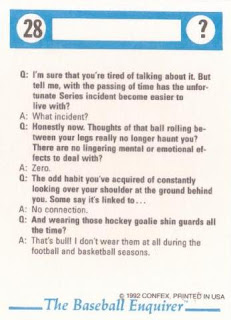 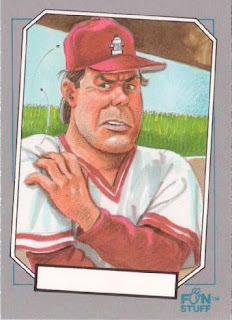 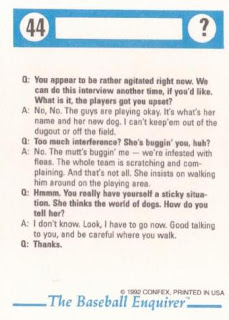 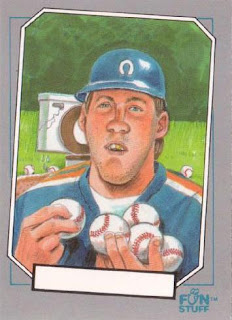 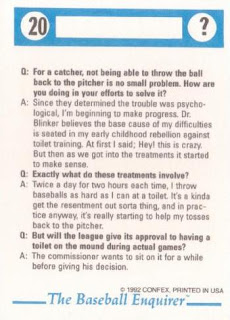 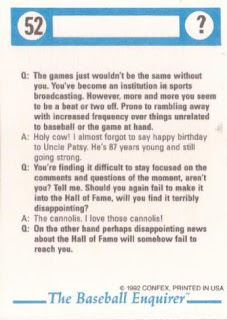 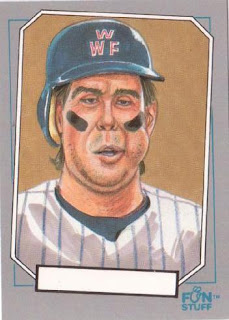 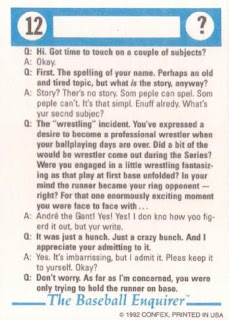 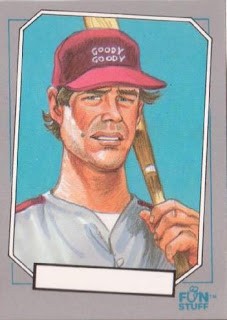 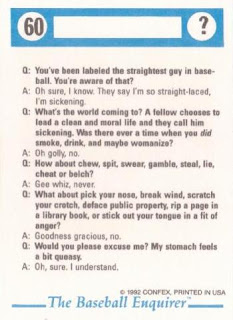 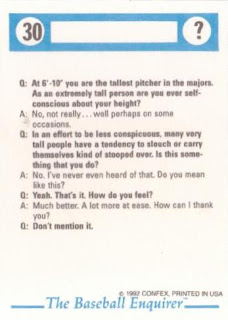 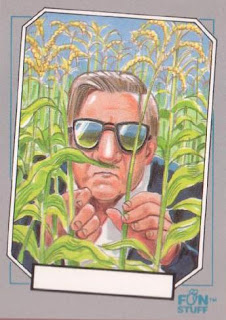 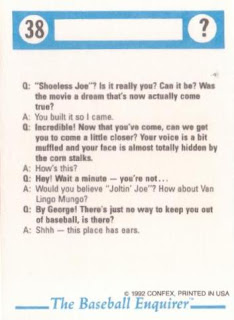 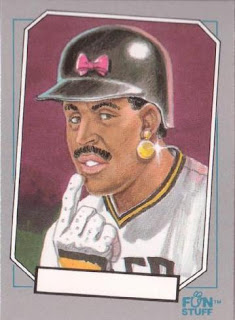 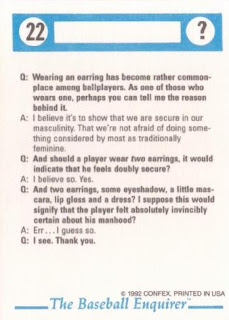 Wow, I've never had a "WTF" reaction to baseball cards before, but now I have.

And isn't that broadcaster Phil Rizzuto, not Harry?

Unfortunately I think you've mis-identified a number of the mysteries.

The cartoon on the back of the wax pack sure looks like Pete Rose.

Those certainly are interesting though.

Straight from my Standard Catalog of Baseball Cards:

The text on the back of the Murphy card cracks me up :)

Seven of nine correct isn't bad - thanks for the corrections on Lou Piniella and Phil Rizzuto.