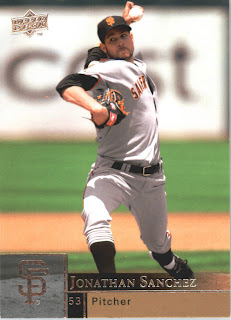 San Francisco's Tim Lincecum, Jonathan Sanchez and Matt Cain are about as good as the Philadelphia Phillies trio of Roy Halladay, Roy Oswalt and Cole Hamels - the key for the Giants having any chance in the National League Championship Series is for their lineup to heat up and hopefully score enough runs.

Outfielder Pat Burrell was a Tampa Bay Rays castoff but was essentially a Phillies player for most of his Major League career - it will be interesting to see how he tries to help the Giants try and beat his old team.

The Phillies are a juggernaut but stars Jimmy Rollins and Ryan Howard need to get it going - for all the talk of the Phillies' success lately, the duo seems to get lost in the mix but a good series for both would make the Phillies that much more dangerous. 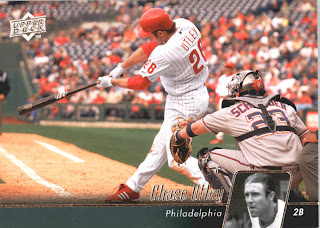 Second baseman Chase Utley was pretty banged up in 2010 - but he is solid All-Star caliber second baseman who gives the Phillies good at-bats and ability to hit for power.

The San Francisco Giants are not going to win the series against Philadelphia but hopefully they don't just fold in the NLCS - to make this Phillies' run to the World Series a little tougher than expected.

Let's go Giants! 1 down... 3 to go. I actually predicted the Phillies... should be a great series.