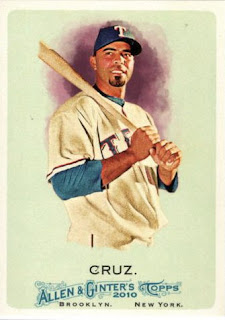 I have no rooting interest in this World Series, though I'll say what has been said countless times recently - I'm glad the Philadelphia Phillies and/or the New York Yankees are not one of the representatives to chase after a World Series title.

The New York Yankees can spend $125 million on Cliff Lee this upcoming off-season and might as well be in the World Series again in 2011 - while the Philadelphia Phillies were supposed to steam roll the San Francisco Giants in the National League Championship Series.

However the Phillies were outhustled by the upstarts from the Bay Area - perhaps there is less luster associated with a team that was supposed to be a juggernaut.

It will take a big effort from mashers like Nelson Cruz, Vladimir Guerrero and Josh Hamilton to lead the Rangers to a World Series title - the most important qualities to their team is the ability to pitch, play defense and run the bases.

I think the narrative fits, where it took Nolan Ryan's vision to make pitching more of a priority with the Rangers - however the pitching was only part of the equation, where Ron Washington's vision was to make sure the Rangers played 'small ball' the right way. 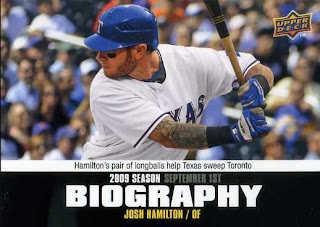 The man-love for Hamilton would elevate him to iconic status if the Texas Rangers won the World Series - if he has a monster series [think Barry Bonds circa 2002], then he can do whatever, wherever he wants with everyone on their knees to service him.

It seems like the Rangers have the perfect mix of talent - that they should walk over the Giants regardless of any obstacles and win their first World Series in franchise history.