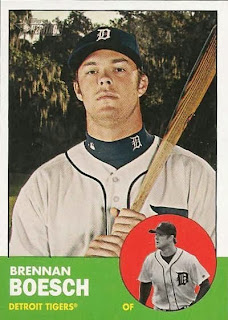 The Angels are gearing up for contention in the American League West by inviting retreads like Ian Stewart, John McDonald, Brennan Boesch, Carlos Pena and Chad Tracy to spring training - it will be amazing if anyone of these players actually make the Opening Day roster and contribute this season, though I can't say the Angels have had much bench strength the past two years, so maybe the team gets lucky with one or two of these guys.

I suppose Boesch has the best potential to stick as he's the youngest at 29 - it seems like the New York Yankees cut bait on him early last year even though in a small sample size, he was slugging .529.