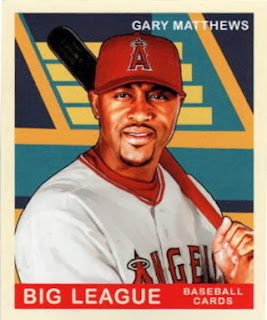 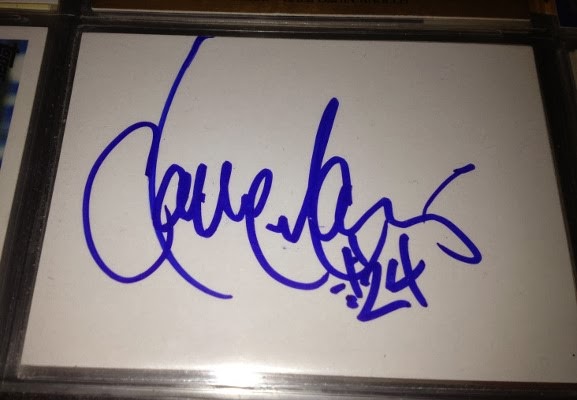 When the Angels signed him for 5 years and $50 million back in the winter of 2006 - I must have choked on something because he was the epitome of a journeyman outfielder who capitalized on the big year with the Texas Rangers but was going to be paid like a star in Anaheim.

With the Angels, I thought Matthews Jr. played decently in very small spurts, but was stretched out as an every day player - he wasn't a player to get excited about and I probably bemoaned his existence during his time as a Halo.

While I still have at least 5-10 of his cards, I ran into him a couple of weeks ago and got him to sign a blank filler card that comes out of packs - I wasn't going to get him but I needed him for my Angels autograph collection and if nothing else, I can actually say I got his autograph in-person when I thought he wasn't particularly accommodating when he was a player.