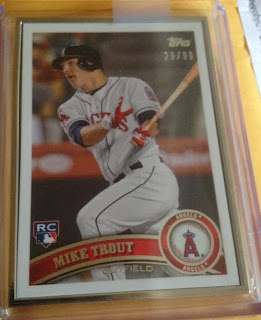 Shows what I know, but I missed the boat on collecting his best cards when he was first drafted - now, I'm probably just picking up random cards of his that look cool, like this 2014 Topps framed rookie reprint serial #'d.

I wish I'd picked up a first-year autograph from 2009 when he was just another prospect before the 2010 season - though I have in-person autographs I've gotten over the years, as far as collecting cards, they just don't count. 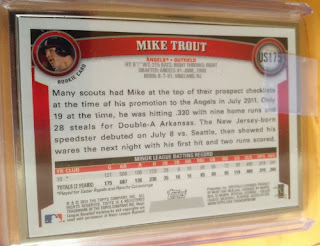