Starting pitching options for the Angels 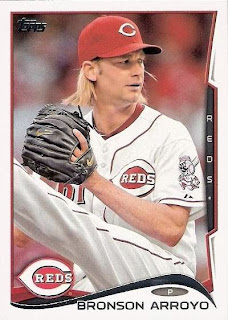 Bronson Arroyo has signed with the Arizona Diamondbacks and it's hard to believe the Angels haven't made a bigger push for someone like him - though I like the Hector Santiago and Tyler Skaggs acquisitions as far picking up two young guys who can potentially be viable starting pitchers, I was hoping the Angels could pick up a durable veteran who can pitch around 200 innings for at least the next couple of seasons [even though Arroyo is closer to 40 than to 20].

According to what I read, the Angels put out an offer to Matt Garza, but took it back quickly, so Garza ended up signing with Milwaukee - the two key free agent starting pitchers are Ubaldo Jimenez and Ervin Santana.

I think either one has shown enough ability, skills and aptitude as Major League pitchers - but maybe there is a certain distrust in either one that make them sort of iffy pick ups.

Maybe the Angels should throw caution to the wind and attempt to sign one or the other - however, I don't know if the Angels would be willing to reunite with Santana and Jimenez seems like basically a younger version of Santana, which means neither one is a suitable option unless the Angels.