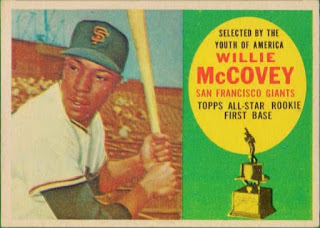 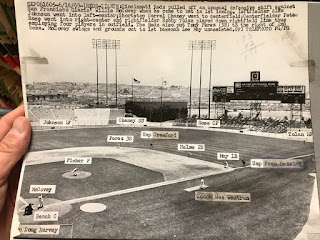 The picture of the picture isn't mine at all, but it's pretty neat - shows how the shift was on for McCovey during a game back in the late 1960s.
Posted by Laurens at 3:47 PM
Labels: 1960 Topps, eBay, Hall of Fame, PC, rookie card, San Francisco Giants, vintage, Willie McCovey

Nice one. That's one of the three cards I need to kill the set, along with Yogi and the Duke.