A package in the mail with goodies 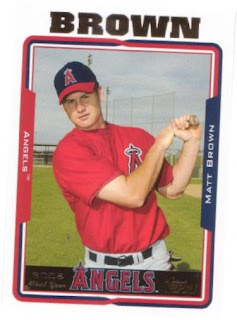 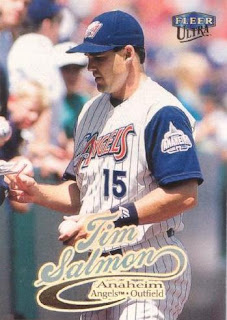 When I got home [on Monday], I saw there was a box - I knew it a box of cards for me, all for free. I really haven't been a beneficiary of all sorts of goodies [random or not] through the world of baseball card blogging, but I was able to happen to stumble upon a blog giving away free cards. 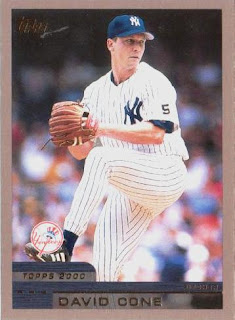 I counted out 171 assorted cards - besides two cards [1998 Score Jim Leyritz and a 2005 Topps Update Home Run Derby subset card of Troy Glaus], all were 2000 Topps. It was kind of odd because I thought I'd be getting a box of strictly Angels' cards.

A number of them were cards of all-stars, superstars and stars of the past 10 seasons, though what I paid attention the most was any cards I could funnel into my collecting topics collection - I was able to find a handful of cards fitting various topics, so getting different cards [these were free] sort of paid off. Short of being a junkie, I like going through as many assorted cards as possible as long as they aren't 1988 Donruss or 1989 Topps. 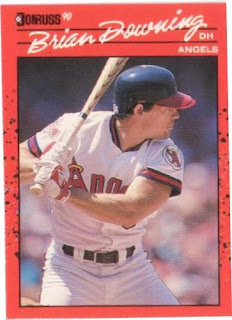 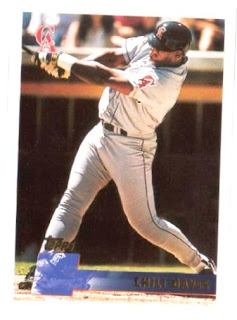 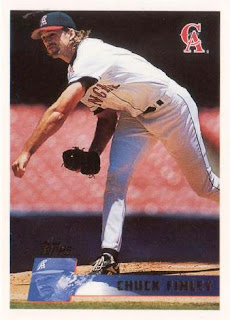 I spent much of Monday night sorting 286 total cards - in the end, I didn't know what I was doing, but I'm silly like that. The least I could is play with the cards. I cut a Garret Anderson up to crudely mimic what I saw done to make a card appear '3D' at the blog Things Done to Cards.

My least favorite card was 1989 Topps Mike Witt with an imprint of a gum stick - reminding me my bad old days of collecting an overproduced, crappy Topps brand featuring wafer-like stick of gum that took the strongest of teeth to break down and chew.

There was also a note about the box - it was apparently used to ship a vintage card of Roy Campanella purchased 16 years ago. I know a box doesn't have anything to do with the contents inside, but it is still interesting to read the note. 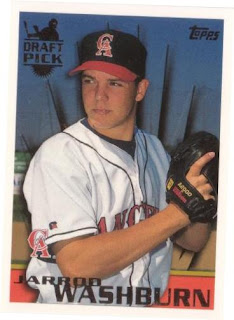 The gum stained card was for comedic effect. I had traded away a bunch of angels previously. Interestingly enough, however, there were certain teams that I just didn't have as many of. No particular reason why, maybe collation?

Again, thanks for all the cards.