Raul Ibanez - a rather unimaginative signing for the Angels 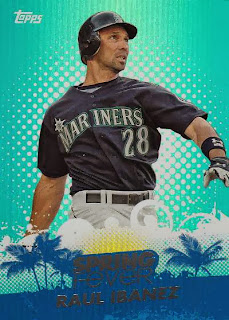 He's going to be an frustrating player to watch as a fan even though he is supposed to compliment the Angels lineup and not be the main guy - the best case scenario is that he runs into enough hot streaks during the 2014 season, so it doesn't feel like Angels fans are watching a 42-year old player living on borrowed time.

The worse case scenario is Ibanez is DFA'd by the All-Star break and while his salary [$2.75 million] for the upcoming season isn't extravagant [by MLB standards] - the Angels will have to eat it if Ibanez is another Dave Parker or Steve Finley.