Would Shin Soo Choo be a fit for the Angels? 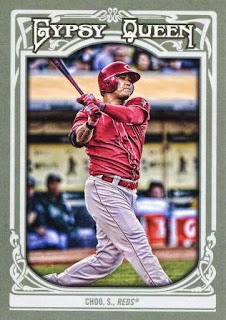 Besides any wishful thinking, I don't think the free agent has been involved in any rumors regarding the Angels - he maybe a complimentary player who is going to be paid like a star, but Choo is an on-base machine who does just a little bit of everything.

Choo would leadoff for the Angels with Howard Kendrick behind him before Mike Trout, Albert Pujols and Josh Hamilton follow - if Pujols comes back healthy and Hamilton screws his head on straight, the lineup might be the best in the American League West.

On the field, maybe Choo plays right field since he has had a reputation of having a good arm - the Angels players who take a step back if Choo is signed would be J.B. Shuck [who is a fourth outfielder anyway] and Kole Calhoun, who can rotate between the outfield, DH and first base, if the Angels want to take advantage of his bat.

Unlike his previous two teams, if Choo signed with the Angels - he'd on the West Coast, where there is a little bit more diversity [as opposed to playing in Detroit, Texas or Ohio] and the flights back-and-forth from his native South Korea would be much easier.

I think the Angels can add another big money free agent or two - though maybe pushed to their limits, especially when the grumblings about any sort of Mike Trout contract extension get louder and louder each passing season.