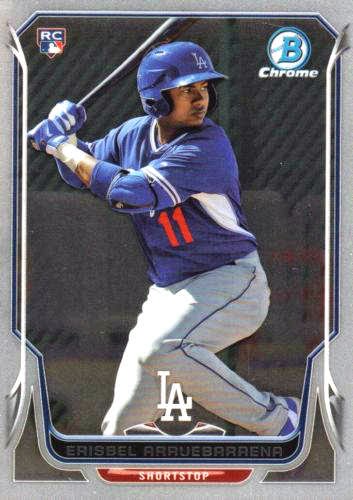 I picked up some base cards of Arruebarrena recently - after signing a five-year, $25 million contract with the Los Angeles Dodgers, I don't think he ever made the impact expected and maybe trade bait with Jimmy Rollins at shortstop for now.

For a number of reasons, Arruebarrena bounced around four levels of minor league baseball in 2014, playing in only 68 games - he logged in 22 more games with the Dodgers, but hit only .195.