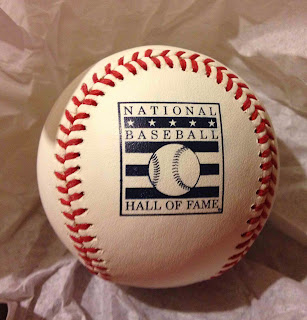 I got a $50 gift card to Amazon from a Secret Santa exchange and wondered how I would actually spend it since I really thought of Amazon as an online bookstore - maybe I'd get one of those annual baseball card reference books that are about as thick as a brick, though I'd probably lose interest in that 10 minutes after I flip through it.

As I browsed through Amazon Web site, I realized it was like flipping through a hard copy giant mail order catalog where all sorts of goods were offered - the Web site is kind of like eBay with various sellers offering different goods, except it's all fixed price listings.

I was tempted to look up some baseball cards listings, though most seemed priced for those who don't know much about them - which meant absurd, inflated prices.

When it comes to autographs, I'm usually a 'card guy,' but I looked for some unsigned baseballs since I occasionally try to get them signed - I usually stick with the regular official MLB baseballs, so I was aiming to find something different since I see other collectors clutching specialty baseballs commemorating various events, awards and/or honors.

I ended up getting a couple of Hall of Fame baseballs from the Outfitter Country storefront - there was a local seller selling similar baseballs, but I chose the one which had the shipping built into the price of each ball and which didn't charge me a sales tax.

The total came out to $49.90 and after I'd made the order last Friday - the baseballs arrived Tuesday afternoon. 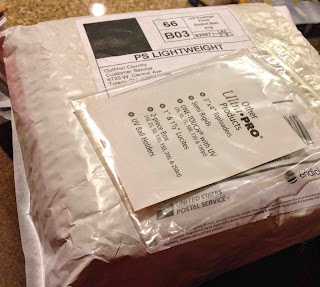 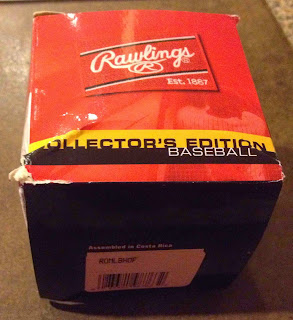 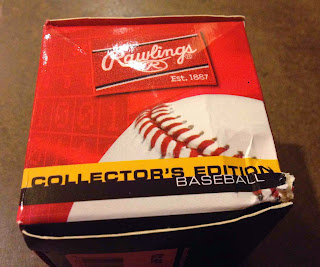 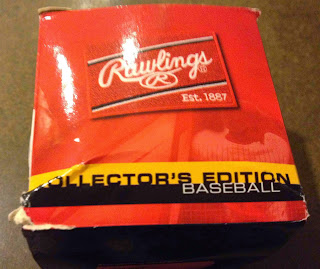 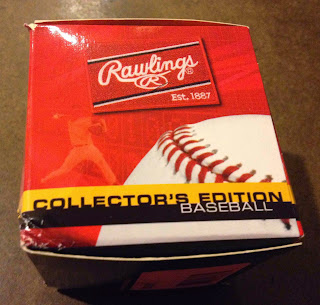 The balls arrived in a small bubble mailer - the balls were individually boxed and I could see one box a little more beat up than the other. 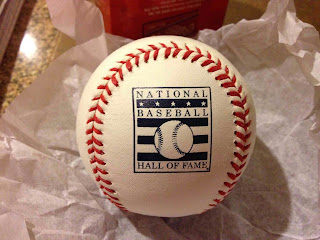 I opened the more dinged up box to see how the ball looked like - the Hall of Fame logo was a little blemished [first thing I actually look at with any unsigned baseballs] and one part of the ball had some visible spotting. 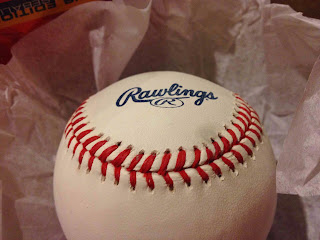 It just happens, but when spots start to show up on your balls, is when you start to cringe just a little bit inside - I'll probably use the ball on 'second tier' Hall of Famer I may run into or maybe even mail it out to try and get autographed.

The other baseball was relatively clean, so that is good to go for something - I guess my first adventure into the Amazon wasn't bad, though I might stick to other online resources to buy different sports collectible goods.

There's nothing worse than finding spots on your balls.