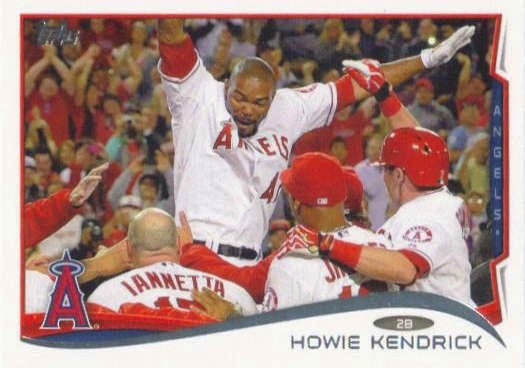 Kendrick gets to stay in the So. Cal area and ends up playing for the more prominent 'LA' team - I guess with one year remaining left on his contract, it's great he was traded for a young, cost controlled pitching prospect.

I'm not so sure Kendrick was overtly popular with Angels fans, but for better or for worse, he just came to the park to play - the Angels are probably going to miss his presence at second base and his steady bat at the plate.

From a fan's perspective, Kendrick was expected to be a perennial hitting star, but he fell just a bit short of being the type of hitter that contended for batting titles - even as batting average is considered outdated means of gauging a player's worth, BA is still a stat to check out on a daily basis.

A home grown talent who has been in the organization since 2002 and been in the major leagues since 2006 - Kendrick is getting older and while it's obvious now that he's gone, the Angels weren't going to extend him.