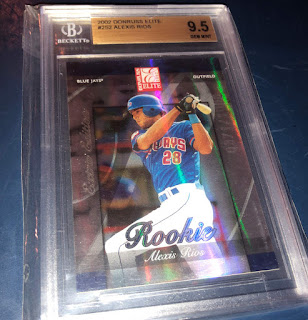 I was searching for some random cards on eBay and this popped up - if nothing else I bought this card for some early 2000s nostalgia and the idea it's still a pretty card, regardless of player.

I want to say the card stood out in one of those late season releases as Rios’ only rookie card when he was breaking out as a toolsy top prospect - this may have been in-demand for just a little bit, something that maybe pictured on a hot list of cards.

As is, while Rios never became that all-around superstar, he was a 2-time All-Star - who was part of a World Series championship team with the Kansas City Royals in 2015. 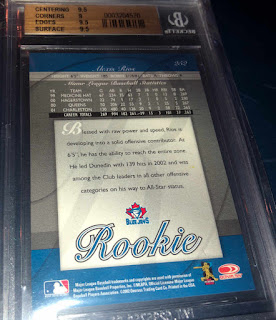 There was also a Joe Carter TTM success but that was for the set - on a 1984 Donruss rookie card that pictured him with the Chicago Cubs.