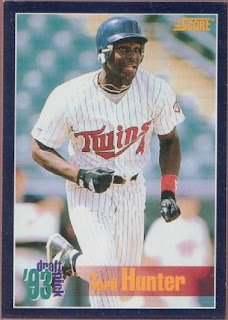 For better for worse, Torii Hunter is my favorite current Angels' player - I think he generally represents the Angels well and even if he isn't 100 percent, he always plays hard on the field and grinds out at-bats at the plate.

As much I like the guy, I'm not so obsessed too much with collecting any of his particular cards - however I did find a lot of 15 cards online that I picked up for a dollar that included a small mix of base cards, maybe a couple of inserts and these early cards of Hunter. 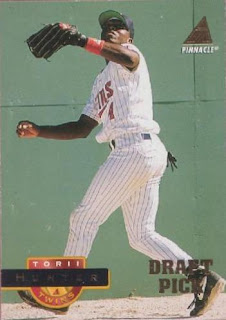 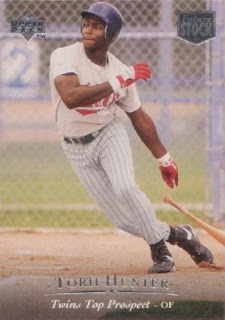