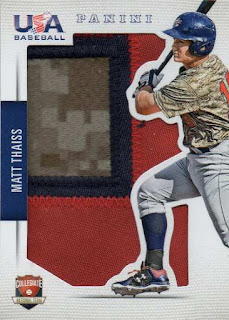 The Major League team is mostly down with the exception of Mike Trout and the farm system is barren - perhaps there aren't a handful of 'future Angels' to latch onto before they reach the Major Leagues.

After the Angels drafted Matt Thaiss 16th overall in this year's amateur draft, I searched for some early cards of him and it looked like he had some USA baseball cards - I picked up what I assumed to be a patch card sight unseen and while I didn't know what I was getting, in-hand, this card looks pretty sweet with the noticeable patch piece and also the camo jersey material. 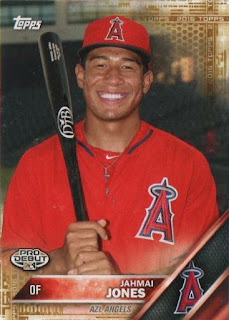 Jahmai Jones is an 18-year old outfielder who was the Angels' second round pick in 2015 - he was drafted out of high school, so while an 'athlete' perhaps, it may take him time to gradually climb through the minors as opposed to a guy who ends up on the fast track. 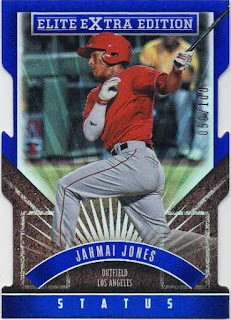 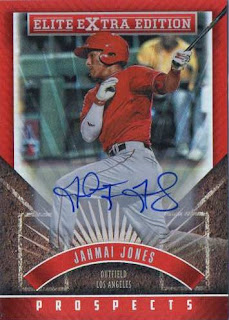