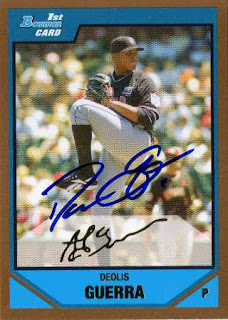 The below average Angels bullpen is needs all the help they can get, even if it means using a no-name guy like Guerra - he was once part of a package of prospects traded from the New York Mets to the Minnesota Twins for one-time ace Johan Santana.

Though he fell short of his promise as a prospect, Guerra finally reached the big leagues as a 26-year old rookie last year with the Pittsburgh Pirates - he ended up with the Angels after being selected in the Rule 5 draft.