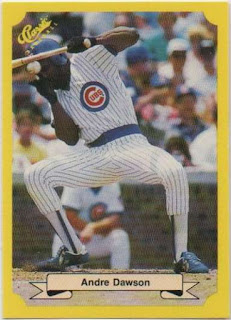 1987 Classic Update Yellow Travel Edition Andre Dawson #124 - I like how the intense, scary image of Dawson beaned by a baseball was re-used from a Sports Illustrated cover the same year the card was printed.

Other cards I considered included:

1989 Donruss Ken Griffey Jr. #33 - for me, this rookie card likely the spurred me to chase the hot rookies because of their perceived value, according to what some price guide listed; even though it wasn't really the Griffey Jr. rookie card to have, it was the first one I had access to.

1987 Donruss Will Clark #66 - I love the confident smile Clark has on this card.

1987 Donruss Greg Maddux #36 - in addition to capturing an image of a youthful Maddux, the subtle colors coming together between the uniform colors and the card's design, makes this junk wax era rookie quite nice. 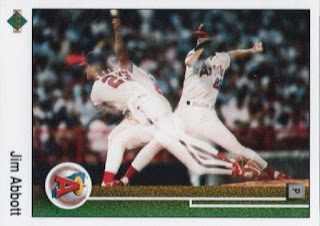 1989 Upper Deck Jim Abbott #755 - looking back, there was something about Abbott being a rookie phenom [born without a right hand, jumped to the major leagues without playing in the minors] and the multiple exposure effect UD used, to make this card pop. 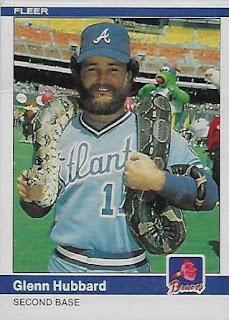 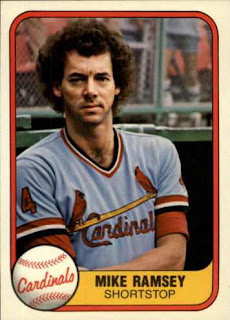 Great list. The 80's had a ton of great cards to choose from. I'm currently trying to figure out which one I'm going to choose.