Better than a blaster [?] - some dollar box mining

At a card show I go to, I found these cards off a seller I've never bought from or at least noticed before - at times, it's the different faces that may offer something a little different, rather than the same old type of cards [off my go-to sellers] I've already passed over in my head.

What I found may not be the fun, odd or old material, but they are a change of pace where these are newer cards and sometimes - I want something a little more recent than out of time.

I did some damage at one seller's table and was just wandering around the card show room, wondering if I was really done for the day - I started going through a box at a table and maybe I was starting to flag 10, 15, 20 cards where I was tempted to spend a little more.

In the end, I round up 30 cards and the seller charged me $20 - which was a little relief from what I'd expected to pay. 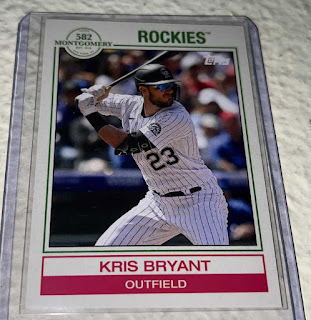 2022 582 Montgomery Club Kris Bryant - this just caught my eye where, 'neat, this might be one of Bryant's first 2022 cards in a Colorado Rockies uniform.'

Despite signing a long-term deal with the Rockies, I kind of feel like he's at a crossroads in his playing career - where he might not ever reach superstar heights again. 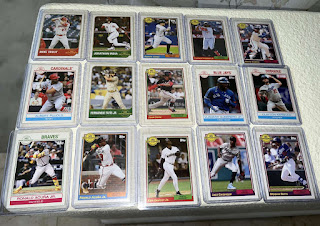 2022 582 Montgomery Club singles - I don't know how common these cards have been, but I probably wouldn't go out of my way to seek them out otherwise, so I'll load up on some of stars as I found, just as something different to squirrel away as binder material. 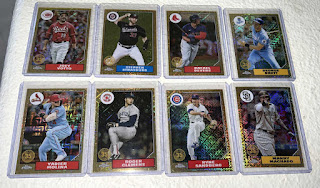 I like the Topps Silver Pack cards but I don't buy any flagship hobby or jumbo boxes to get any of the packs - after the fact, maybe most of the basic cards are forgotten as just another part of an insert set issued, but I do like the way they pop and may hunt for loose cards as probable keepers. 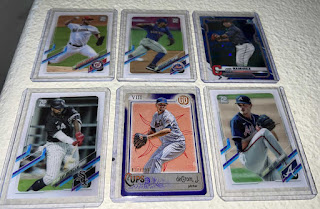