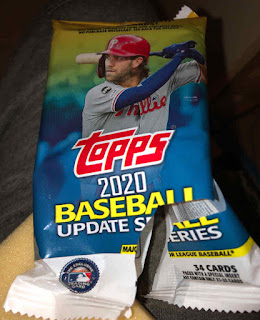 I ended up at a Target I don't usually go to and found some baseball cards - some 2020 Topps Update, which may not be great as far as the rookie cards found in the set, but I'll humor myself and grab some baseball card packs to bust. 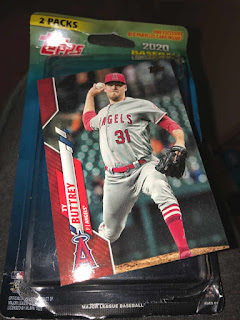 I wouldn't have known Topps put out these 2-pack blister packs with one exclusive Red parallel card - so out of the loose 'leftover' blisters, I got the one that had the Angel card of reliever Ty Buttrey.

Maybe the blister 'bubble' was loose, peeling off the paper backing - so someone had messed with them at some point.

I got a jumbo pack as well because who knows what I may pull - even if we are talking about retail here. 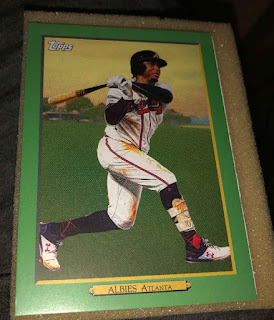 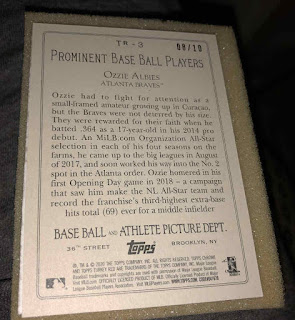 Albies has flown under the radar, but he's been a solid player for the Atlanta Braves at second base - pulling any low numbered parallel out of the most random pack break is quite the feat for me. 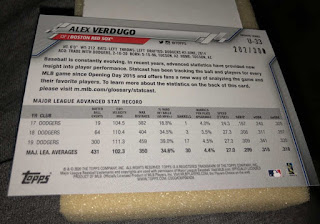 Despite all of flaws, 2020 Topps cards are cool with me. Congrats on that green Albies parallel.

The Albies is a very nice full!

Nice pull! Albies is a good batter and fielder, and he's still going to be just 24 next year.

Hit up Target yesterday (a normal run for food and household stuff)... and stopped by the card section. They had a ton of Update there, including the blister packs with the red parallel. I didn't buy any though.