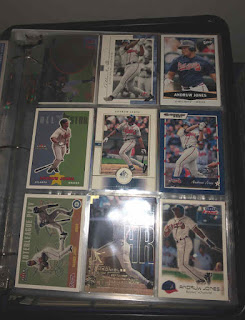 Andruw Jones - he ends up being a ‘bounce back’ guy in my binders. 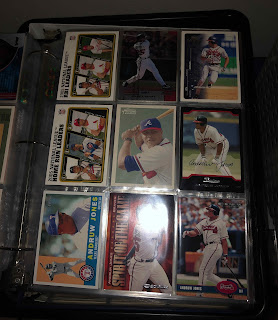 While I don’t believe 'Andruw' is a serious candidate to be inducted into the Hall of Fame any time soon - is he gaining support as a guy who actually has a case, notably when evaluating his reputation as one of the best centerfielders in MLB history either through the eye test or advanced stats? 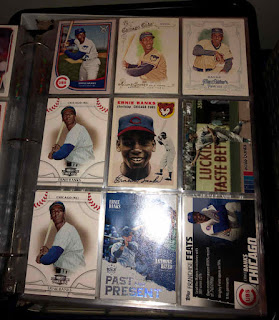 Ernie Banks - I just don't seek out vintage playing days cards of Hall of Famers, but over the years may just have enough retro stragglers to fill out a page. 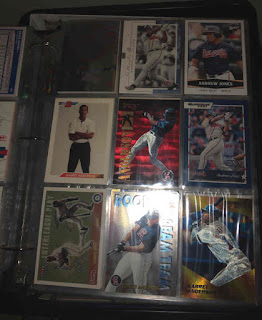 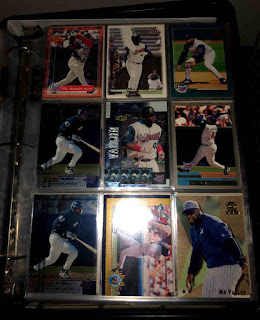 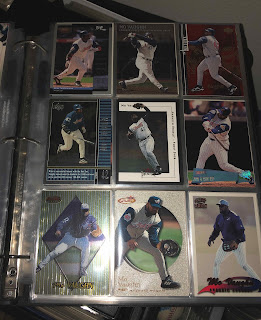 Mo Vaughn - Angels - he was a decent hitter who struck out his fair share while on the Angels. 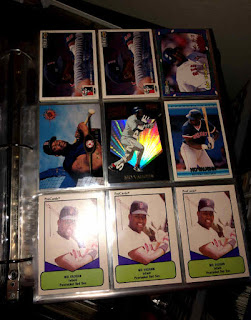 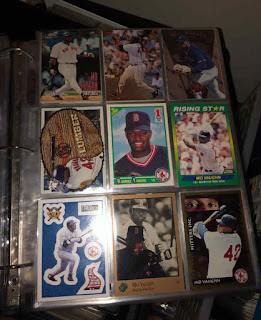 Mo Vaughn - Boston Red Sox - he probably didn't deserve to be honored the 1995 American League MVP over Albert Belle but as he blossomed into a superstar through the early 1990s, this was the all-world slugger I was hoping the Angels would eventually get as a free agent 21 years ago.

I could care less either way but I'm thinking whether his Angels pages should go with my other Angels - perhaps they can be hidden away with his Red Sox pages. 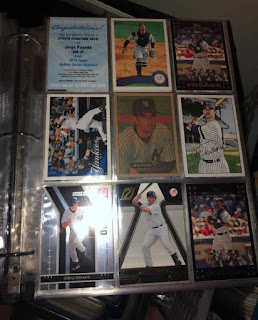 Jorge Posada - A Core Four guy, I was never able to get his autograph in-person or through the mail but was able to pull a redemption for a certified autograph. 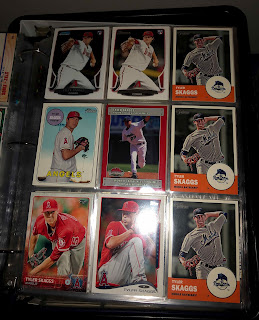 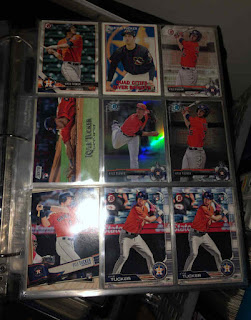 Kyle Tucker - he may need to up his walk rate but it looks like he has started to put things together as a future star.

Maybe it's just a random thing, but him not wearing batting gloves during his at-bats - makes him more of a 'real' player to me. 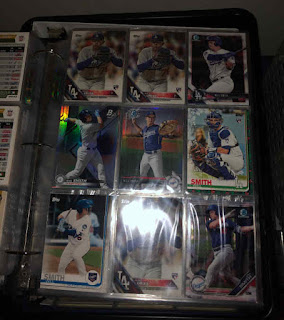 Will Smith - I thought I had all these loose cards of him to rein in but came up with less than I'd thought.

Despite a relatively impressive rookie season in 2019, I don't know if I was ever aware of him enough - to predict he was going to blossom into Buster Posey lite this past season. 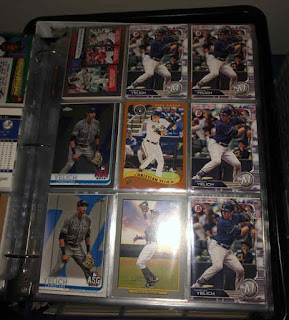 Christian Yelich - his hitting numbers came down a bit from previous years, though that maybe due to bad luck and not being able to get on a real good roll during the 60-game 2020 season.
Posted by Laurens at 7:24 PM
Labels: collecting supplies, decade stars, plastic sheets, retail, Target, Ultra Pro

I've said this before, but...I don't understand people who think Omar Vizquel should be in the Hall but Andruw Jones shouldn't. They were both great defenders, but Jones was a MUCH better offensive player. I would definitely vote for Jones.