The process behind my bargain bin digs 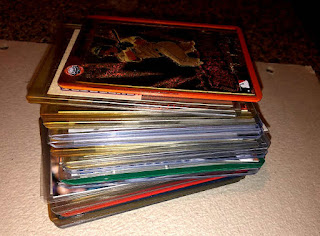 These were my $0.50 hauls from the card show trip I made a couple of weeks ago - maybe I've been on a bit of a loop where this seller has been a priority stop.

If nothing else interested me, I could say I spent my time trying finding cards to give me some cheap thrills - even if it’s dated material from 10, 15, 20 years ago or older, time has passed where I can show some love for what I've generally overlooked. 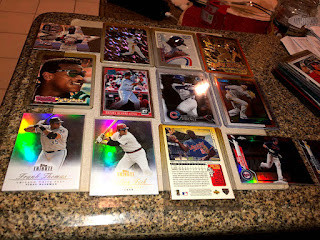 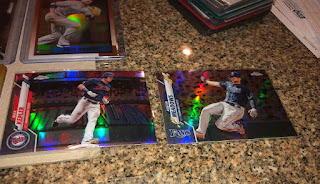 It’s just hard not to skip over cards but I did try to go through all the rows from this seller's bins - maybe when I see someone else doing what I do, there might be a little competition.

I’m trying to stay in my lane and dare I say a little territorial, but maybe I need to calm down - I was making a mess and maybe there was diminishing returns as far as cards I was actually finding, yet this is kind of my jam.

I probably spent a good hour or so trying to grab stack after stack to see if there was any cards of interest to pull out - it’s a weird feeling when I'm in my own world, while someone else might give some the cards a brief look and walk away like there isn’t anything there worth their time or someone else might actually be pulling cards, just to put them back and walk away. 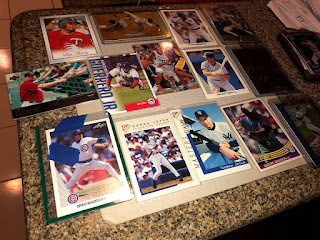 I was such a shark, it’s like I’m stuffing my face with all this food at a buffet - yet I’m clamoring to get up and serve myself another plate of goodies.

I was actually trying to have a look at a binder of certified autographs / relic cards I thought the seller was handing over to another guy for him to have a look - where in reality the book had already been sold to that other person. 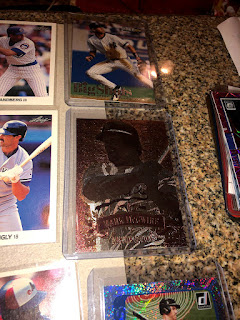 This 1997 Fleer Ultra Season Crowns Mark McGwire #6 doesn't photograph well and is only worth a dollar - but it's a binder card all day long. 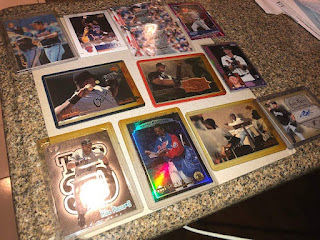 The process to weed out cards is a pain because I want it all, I can’t have it all - but I want to be able to walk away with as many cards with no regrets left behind. 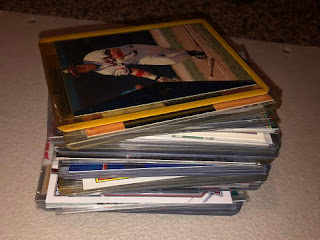 I settled on a plan was to split my keepers into two distinct stacks of 40 cards - it wasn’t easy at all where I am overwhelmed, but I have rein things in where I've got to commit to picking up the cards that have piqued my interest. 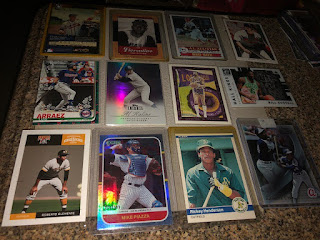 Maybe a priority is finding stuff to squirrel away, where there might not be upside in the cards I find - but some overlooked [if admittedly low end] parallels, inserts and maybe rookie material may end up in my mini-collections, my decade / binder star collections or other loose card projects stewing in my mind. 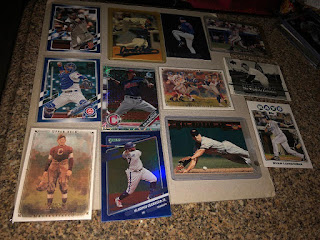 In my head, I definitely try to get on a run where I try to look for more of a certain player, card type, brand or era - but maybe I'd rather have a mix of cards where I'm looking to be surprised by the next cards I might be tempted to set aside. 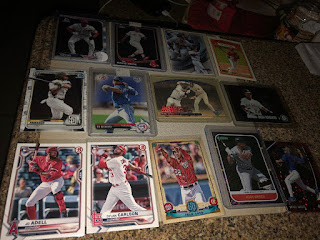 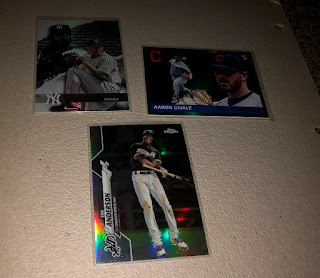 Maybe it's sweet relief to be able to pay for the stuff I found and be able to move on - at this show date, there may have 20-30 tables that were kind of spaced out and foot traffic wasn’t as dead as I’d anticipated, though I didn’t necessarily find another table to buy more stuff after I was done with my 'treasure hunt.'
Posted by Laurens at 11:14 AM
Labels: binder material, card show trip, mini-collections, MLB, NBA, NFL, old school, random

Not being able to see stuff that's already been sold to someone else before you got there is the absolute worst! Doubly so if said stuff is in binders or boxes.