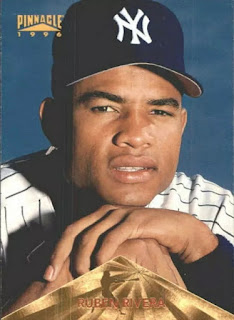 I was wandering around at a card show [that have made up my last couple of posts], trying to peek into the table with the dollar card monster boxes - it was in the same place at the gym, but a little congested for me to squeeze into.

A mother and her boys were planted at the table, another guy was browsing around and a couple of guys were chatting next to the table, just about bumping into me - the table wasn’t that busy the last time around, but maybe I was resigned to look somewhere else in the meantime as I lingered idly.

At a neighboring table, I saw a storage bin with smaller, presumably completed insert sets from the mid 1990s and 100-card hand collated base sets from the early 2000s - I was hoping for a little odder stuff like junk wax era minor league team sets, assorted junky wax packs or even retail boxed sets from the 1980s.

Maybe I should have looked closer at the rest of the cards in the bin, but it wasn’t that smorgasbord of misfit toys - I spotted a larger cardboard box labeled 1996 Pinnacle, so presumably it was a hand collated set. 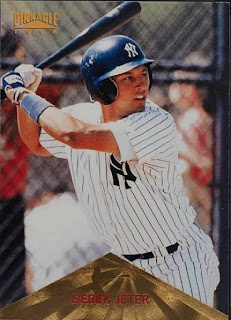 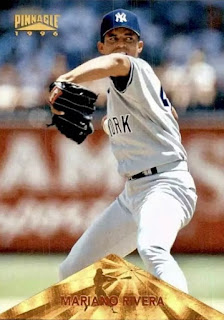 Was there anything good in this set me to consider for $20 [?] - that maybe a steep price where who knows what could be inside after all these years.

Regardless, I started pawing at the box like this could be buried treasure found - certainly this was year with the cult favorite Bob Hamelin card [#289] and maybe the rest of the cards are just gravy, if the Hamelin was still there. 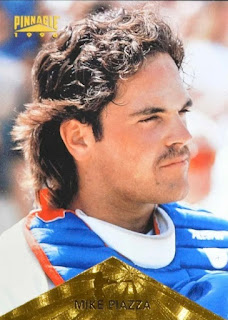 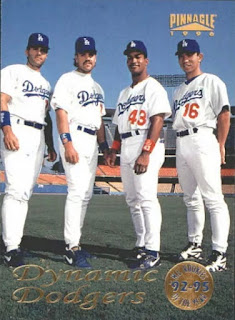 I could have opened the box to check what exactly what was in there and seller gestured to go ahead, but the UV coated cards were still stuck together in bricks - thinking this could have been an outright disaster otherwise, I'll take a gamble on finding the one cards that may be irrelevant relevant and salvaging the rest. 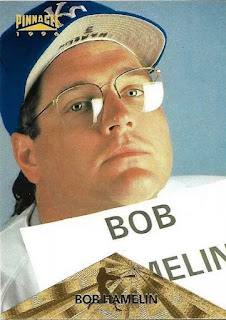 I took the cards outside to look at them and was able to ply some of the cards loose with some delicate but deliberate twisting - the set was in numerical order and indeed, the Hamelin card was there, a cleaner copy of the card I got in 2020. 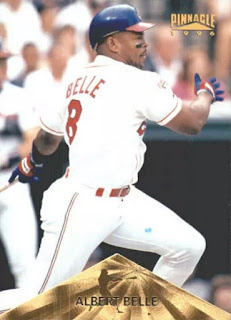 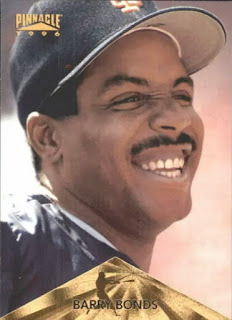 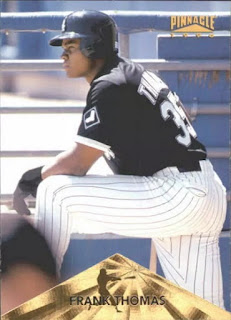 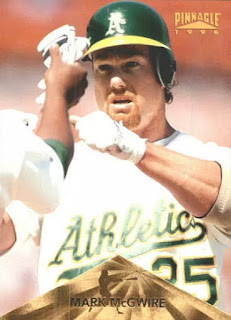 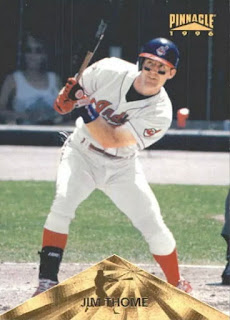 Breaking the set down through the past week, the rest of the cards were fairly clean all around - I think the cards not being sealed up in packs helped with the natural conditions just a bit, though there was still some unavoidable bricking issues on some random cards plied apart from each other. 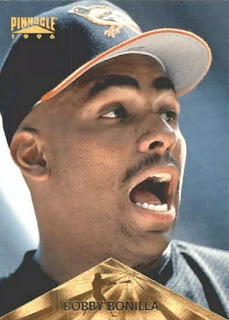 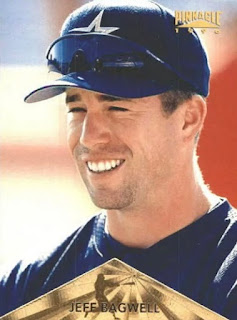 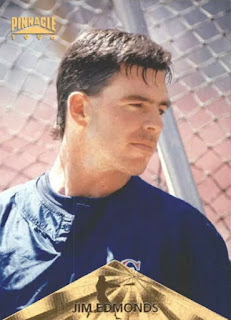 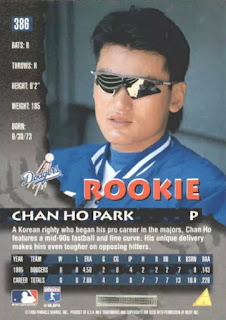 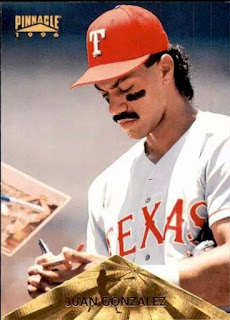 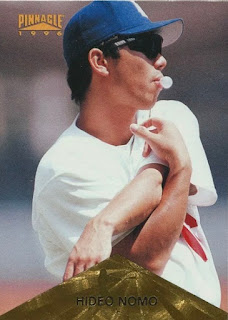 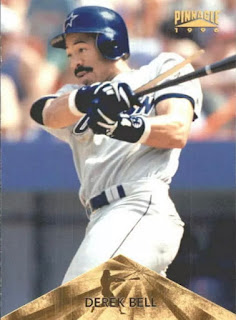 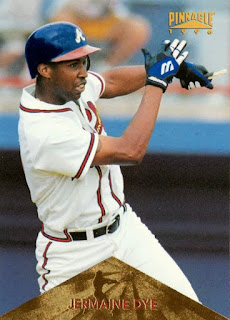 Later on I checked the newspaper used as stuffing for a dateline, to give me a clue when the set may have been put together - finally found an ad with date going back to 1996, so that’s a long time. 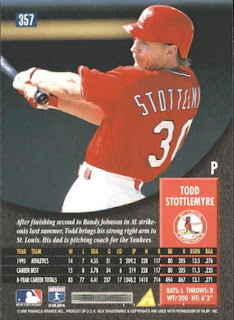 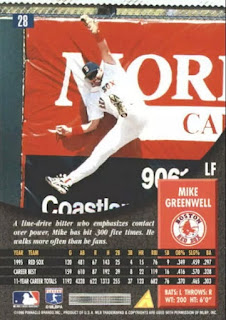 Maybe a thing about picking up a complete set of cards is finding stragglers that would have never come to my attention otherwise - where I do scrutinize the backs of cards when possible.
Posted by Laurens at 4:00 PM
Labels: 1996 Pinnacle, Bob Hamelin, card show trip, random

Congratulations on picking up this set with the Hamelin. Can't believe that single sells for so much on eBay... but I'm happy for you.