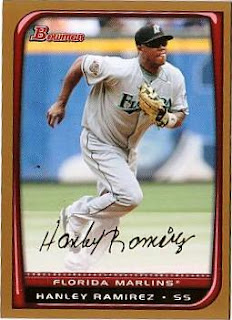 Stat wise, Ramirez is probably the best hitting shortstop in the game and I've heard Ramirez compared to an early version of Alex Rodriguez - with his ability to hit for power and ability to steal bases, Ramirez is pushing for a '30-30' season with 23 home runs and 22 stolen bases. He is currently hitting .312 with a .390 on-base percentage and a .569 slugging percentage.
Posted by Laurens at 1:34 PM
Labels: dominant, Florida Marlins, Hanley Ramirez, Los Angeles Dodgers