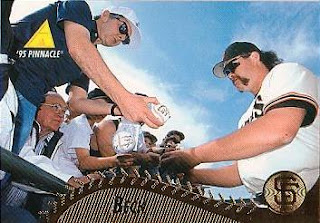 Inking it up - signing for a crowd of fans 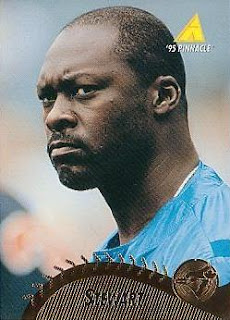 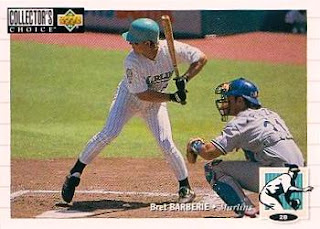 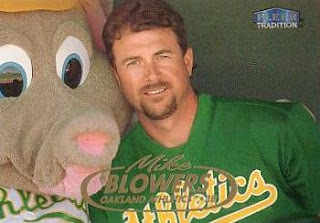 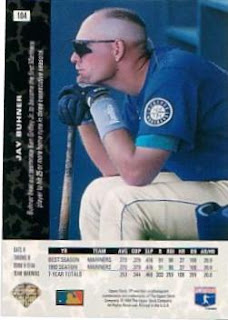 Collecting topics - finding common cards featuring something extra is gratifying when you see the cards coming together as you organize them. It takes a discerning eye to find them, but when you put the cards together, they are no longer just random commons to be discarded in the round file.
A.) Integrate cards into database - maybe work on one or two collecting topics each day, depending on the 'workload.'
B.) Scan some highlights and other stuff - gives you a perspective on what it is you are tying to collect instead of merely just feeling you are hoarding random cards. 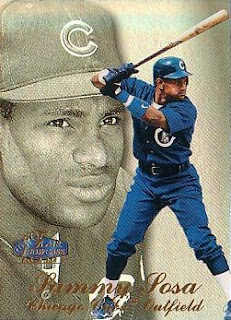 Retro uniforms - old school Chicago Cubs
C.) Cards showing similar actions - while I'd rather have cards in their special topics arranged in ABC order, it maybe more interesting to put together cards [within a specific topic] picturing similar images: putting together the cards featuring players turning double plays or putting together the cards featuring plays at the plate. It adds one more wrinkle, but it makes the particular topics mean more. 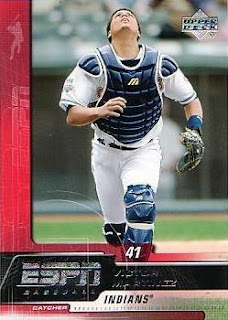 Tools of ignorance - looking for a foul pop-up

D.) Cards you need - scour the net for images of cards, so at least you know a card is 'out there' and put cards you need in your database. You can generate a 'want list' and if you find the card, it is easier just to change the 'status,' instead of having to fill in the other particulars. 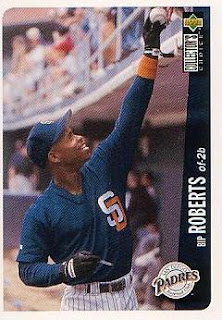 Inking it up - signing autographs

E.) How many is enough [?] - since there is no official collecting topics checklist, the standards for apparent completion isn't as rigid, but there always seems to be cards popping up here and there. 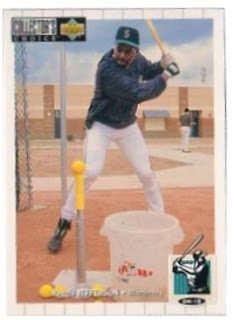 Awesome action - getting work in at spring training