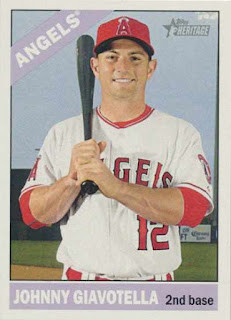 Though I haven't kept up with most baseball releases, I picked up a 2015 Topps Heritage High hand-collated 200-card non-SP set as a tease - there may not be the cheap thrills gained by pulling assorted inserts and short prints in blaster and/or loose pack breaks, but at least I can go through all the regular cards in the set.

MLB/MLBPA rookie logo cards of Kris Bryant, Francisco Lindor, Carlos Rodon, Jung Ho Kang, Addison Russell and Byron Buxton are in the short print set - so I'll figure out if I want to seek those guys' cards out as singles or go through some blaster and/or loose pack breaks. 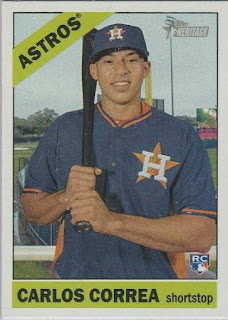 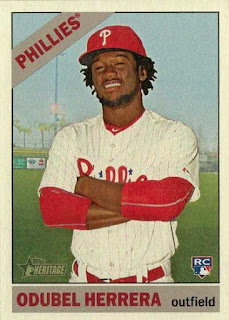 It's a fun story to have a player named 'Odubel' come out of nowhere to have mostly a fine rookie year with the Philadelphia Phillies - with all the success he has had, it remains to be seen if he can build upon his success or be exposed in 2016. 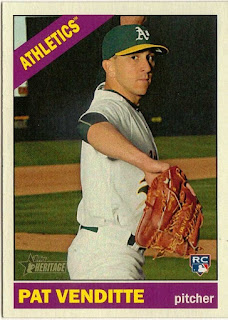 Venditte is a journeyman otherwise who doesn't really look the part of a Major League pitcher - though because he can throw with both hands, his story takes a life on its own.

In the few times I've actually seen him on TV this year, probably when MLB Network cuts into a Oakland A's game and/or is showing an A's game - it's fun watching Venditte switch gloves from batter to batter, depending on whether he is facing a righty or lefty and battle them with his 'pure stuff.'