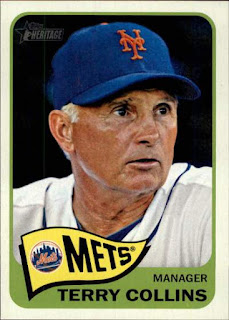 With their stud pitching staff featuring Matt Harvey, Jacob deGrom, Noah Syndergaard and Steven Matz, the Mets are primed to win the World Series - maybe the most important aspect is to get some runs on the board.

Presumably Daniel Murphy's bat is going to cool off - so the Mets need to lean on other players like Yoenis Cespedes [if playing], Curtis Granderson, David Wright, Travis D'Arnaud and maybe another guy [like a Michael Conforto or Wilmer Flores].

It would be nice to see the Mets win because of an individuals like manager Terry Collins and Wright - Collins has been a baseball lifer, so if he can lead the Mets to a World Series championship, he deserves all the credit he is going to get as the team's skipper.

Wright has been the face of the franchise for the last 11 years - he's represented the Mets well otherwise and while he was injured for much of the 2015 season, he finally gets an opportunity to play for a championship.