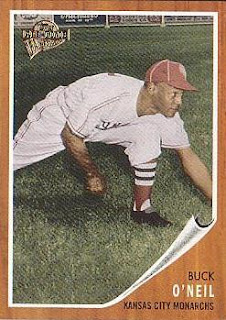 Featured Breaks
Topps Archives break [2004 x2 and 2005 x1 for $10] - I was looking for something to bust and grabbed these randomly because Willie Mays is pictured in the 2004 set and Mike Piece of Schmidt pictured in the 2005 set. 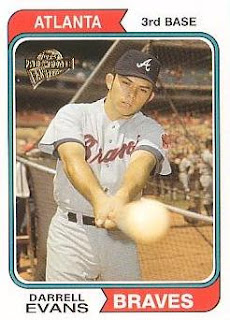 I like retro themed sets [whether they feature active or retired players] featuring recycled designs from years past.

pps design] - nice card of the Dodger legend.
Fay Vincent [1989 Topps design] - he personalized and signed a similar card through the mail.
Tom Brunansky [1987 Topps design] - I don't care about regional issues, maybe a team-issued retro set featuring retired players like Gruber, White, Evans and Brunansky, but the last time their cards from a Topps product should be issued was when they retired as Major League players. You can put those types of players into all sorts of retro, tribute or other such products, just not in this type of product. Cards of these players were considered commons drecks and I think it is redundant to pull cards of these guys again. I don't care if you are using a 'new' file photo you've dug out from the archives, it just isn't right.

Five of the six players in this pack are Hall of Famers, which is great.