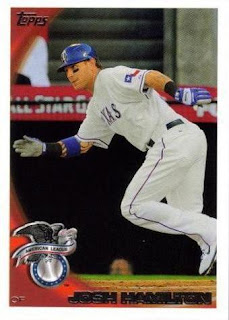 I finally got to a post office and mailed off an initial 'set' of spring training requests for 2011 - each request was mailed in a business envelope with at least a Forever stamp and $0.17 in additional postage [around $0.61 per letter sent].

Inside the outgoing envelopes, there is a typed letter and SASE with one Forever stamp enclosed - along with a random card or two sent to be autographed at some point.

I realize I might not get any responses from these players at all and any response may come next off-season or sometime next year - I think I still have to send the requests out in case someone responds. However, getting them all back in a timely manner with successful responses [meaning either my card was signed otherwise] may not be realistic.

Maybe there is a reason this is at the bottom, but former MLB pitcher Kevin Gross returned my cards unsigned c/o a home address - I assume my request got to either Gross or a family member; perhaps he just wasn't home to answer any requests, though there could be several other reasons why I couldn't get my cards inked up.

Whoever sent my cards back used my SASE and took about a month to do so - kind of a bummer since I spend all sorts of odd hours putting together these requests. The requests are unsolicited, but I assume it just comes with the territory, that a former ballplayer is going to receive autograph requests in the mail.