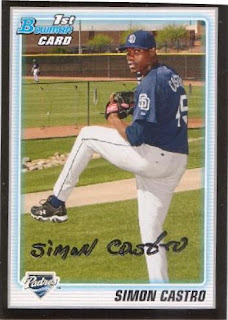 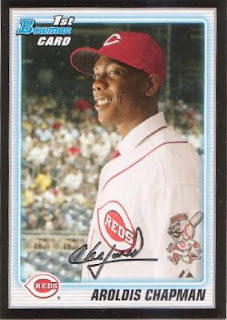 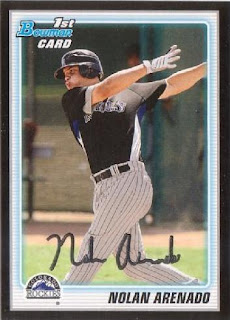 My lone redemption pack of 2010 Bowman black border cards came in the mail after I'd finally sent my 18 Bowman Chrome wrappers in the mail about three weeks ago - I think the cards would have 'popped out' more if they'd been the Chrome variety instead of basic Bowman prospect cards slapped with a black border.

Looking on eBay, the basic black border cards are worth about as much as their regular Bowman Prospect counterparts - of course the real money in these redemption packs is when someone pulls the Bryce Harper 'buyback' 2010 Bowman Chrome USA card.

I'm sending mine in tomorrow. Hopefully I get back something good.